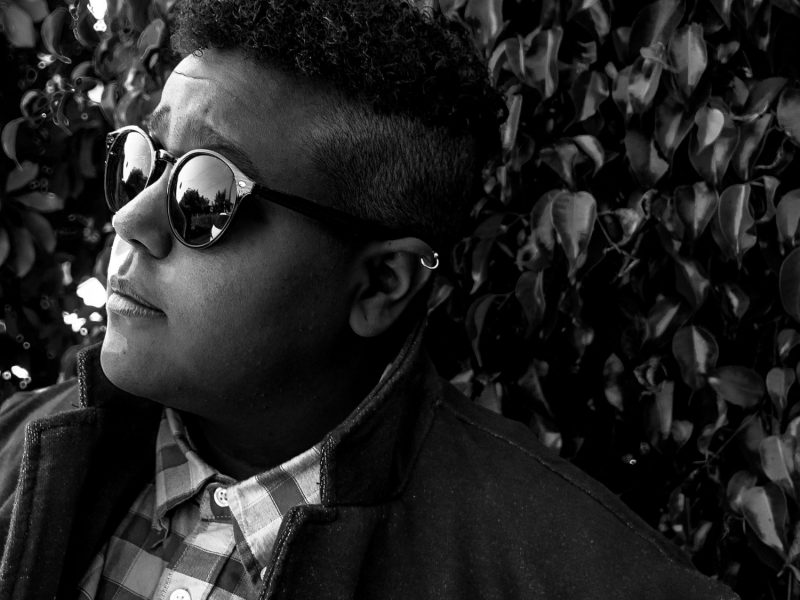 For AWD Member Kryzz Gautier, 2021 has been a hallmark year. The past twelve months have seen her gain major representation at CAA, get staffed on HBO’s “The Gordita Chronicles,” and sell several writing projects to major studios to which she is attached to direct. Just in the last week, Kryzz has been hired to write on the highly anticipated video game “BioShock 4.”

Kryzz sat down with us to discuss how she got to where she is today, and what advice she has for those who would like to follow in her footsteps.

AWD: Firstly, congratulations on all of your recent success! From being staffed on HBO’s “Gordita Chronicles,” to selling several projects to major studios (a few of which you are attached to direct), to wrapping on the most recent short film you’ve directed, 2021 has been a whirlwind of a year for you. Can you tell us how all of your success came to be?

KG: Thank you! It certainly feels weird to say when it’s clear that they’ve been so challenging for the rest of the world but…2020 and 2021 have most definitely been my best years. 2021 is a direct result of how amazing 2020 was for me. It laid the groundwork and this year has just been kind of a continuation of that.

I think it goes without saying that my success is a result of years of back breaking work but, at a certain point, you are not able to keep rising on your own. The last two years have been a team effort and I give so many people credit for where I am today. Yeah, it’s my work that gets us 90% there but without agents and managers who pick up the phone and do the calls, fellow writers who give you notes to make your scripts better, actors to bring your characters to life, friends who keep you sane, or the million other collaborators along the way who add to anything you do, then your 90% is mostly meaningless. At least that’s how I’ve come to see it. I was stuck at that “almost there” level for years and what made all the difference in these last two years was that missing 10%. Find those people who will fill that gap. They’re the fairy dust that will make the magic happen.

The opening lines of your bio describe you as “queer, Afro-Latina writer/director born and raised in the Dominican Republic…the only child of a disabled mother.” Can you speak to how you bring your unique perspective to each project you work on?

As someone who almost exclusively focuses on writing/directing genre and big world-building it’s almost counterintuitive to say “write what you know” because I certainly don’t live in, say, a futuristic sci-fi or any of the other large worlds I create but at the end of the day I just build fantastical elements around things that are familiar and true to me. I pretty much only write queer, Afro-Latina leads in my scripts. I really tend to focus on writing stories about Dominican women, immigrant women, women who have disabled parents, women who have gone through heartbreak, etc. I write my own lived experiences and then I put these stories in larger than life settings. It’s grounded stories in not-so-grounded universes. I get to tell real stories while also having a lot of fun building intricate lore around them. It’s a combination that works for me and that, luckily, people seem to be responding pretty well to.

What can the industry do to better foster voices that aren’t white/male/heteronormative?

I don’t know what the industry can do. Stop making empty promises? Actually commit to change instead of talking about diversity efforts without making any real strides to shift the make up of the business? I don’t have an answer for you because year after year we hear speeches and see initiatives pop up but then also have to read study after study about how the numbers aren’t actually improving and this is still a white man’s game despite how hard they bemoan so…

In 2020 you signed with agents at CAA – a huge accomplishment! Do you have any advice for directors and writers seeking representation? For those that are repped, what is your advice on building a constructive working relationship with your agent and managers?

I’ve heard horror stories about people’s relationships with their agents and managers. I have had reps within six months of graduating from college and a lot of them have done nothing for me. That seems to be the most common experience. That is not the situation now. Every single person on my team now is the best of the best. People throw around “Dream Team” but I can genuinely say I have it. Truly.

I have three agents on my TV Lit team, two agents on my Motion Picture team, two managers, an attorney, and a business manager. One of my managers has become a close friend that will probably be in my life until the day I die. The rest of my team I couldn’t imagine leaving unless something earth shattering happens. Everyone is simply a joy to work with and has been since day one. It feels like a bit of serendipity so I don’t know that I have a recipe to recreate what I have now. All the pieces fell into place the way they had to at the same time. I feel very lucky to be in this situation.

I will say, nurturing the relationships is very important. Perhaps even the most important thing. Be in constant communication. (Don’t be overbearing and a pain but also…be present.) Let them know what you want. Help them help you. I’m constantly sending them shows I’m watching or projects I see in development that sounds like something I’d like to be a part of so that they can chase leads and put me in the radar of the execs behind them. At the end of the day it’s a team effort. Don’t let them fly blind. By now they have a pretty solid idea of the things I like but I still nudge them and send them things as often as I can.

Also, be thankful. I take EVERY opportunity I get to say “thank you” to them. On the day I’m writing this we closed a new feature deal and half of the email I sent was me thanking them for their work. Deals take FOREVER to negotiate. Truly can be a year of back and forth from the moment the project first comes up to when the deal is closed. Even before a deal is closed they bust their asses working for me. For every deal you close you take two hundred meetings. They set me up on all of those meetings, they follow up after, they then negotiate and close. Yeah, they’re obviously getting paid to do it but there’s so many reps that have clients they do nothing for. If they’re actually doing the thing let them know you appreciate them putting in the work. Just be thankful. In general. I feel that goes a long way with people.

In addition to all of your other work, you have also been a Fellow in several Directing Programs – including Ryan Murphy’s Half Initiative and the DGA’s Commercial Directors Diversity program, to name a few. What was your experience in those programs like? How can the industry keep supporting emerging talent?

Programs are what you make of them. The most important thing I’ve gotten out of all of them is community. None of these programs have work guarantees or any sort of promise beyond the commitment of however many weeks the fellowship lasts so the only thing you can really get out of them are the people you meet. They’re the ones you rise with, who become your support system, who you go to for advice, or just to vent. Most programs have no real follow up in place and you never hear from again once it all wraps up so the people you meet is all you walk away with. Treasure them and nurture those relationships. They become priceless as time goes on.

As a member of Alliance of Women Directors, you have been a participant in the 2021 Directing the Actor Lab as well as the 2020 Industry Support Program. How has being a member of AWD helped you in your directing career?

AWD is like family to me. The support I’ve received from people like AnnaLea and Nikki (just to name a couple) has been invaluable. To feel like an organization such as this one has your back, and that you could turn to at any time for support, emboldens you to take giant leaps because you know you have that net that would catch you at any time. Men have their own safety net, it’s called Hollywood at large. AWD is the support network we had to build ourselves. I’m forever thankful it exists and that I’ve gotten to be as involved as I’ve been in it.

Through their career advancement initiatives AWD has opened doors and made connections that I will forever treasure. I’m not trying to single any one person in the organization out but I do think it’s important to give examples of how involved AWD can be if they actually believe in your talent. AnnaLea has personally made phone calls to introduce me to execs if she thinks I’m the right person for something. The members of the AWD Board can and will open doors if they have the opportunity to do so. That is what AWD was created for and I’ve seen it in action. First hand. I simply can not quantify how much this organization means to me or what it has done for me. I have and will continue to encourage any female director to join it any chance I get.

What advice do you have for fellow AWD Members who hope to be where you are one day?

-Say thank you. All the time. Every day. To everyone. And use the same energy whether you’re saying it to the president of the studio or to the transpo guy. You couldn’t do it without either of them.

-Open doors on your way up.

-Don’t make others suffer just because you had to. The mentality of “I had to pay my dues to get here so everyone else has to be treated just as badly as I was” is garbage and we need to do away with it.

-If you think an exec(s) is trying to gaslight you…they most likely are lol. Don’t let them drive you insane. It’s called “development hell” for a reason but don’t let them make your actual life hell. Know when to walk away. If it kills the project then it kills the project. Nothing is worth your actual mental health and peace as a human. Sometimes you have to know that a company or a studio simply just isn’t the right match to make your project despite how well they might have sold themselves at the beginning. If you have a team that cares about protecting you they’ll figure out a way to let you walk with the least damage done possible. There will be more projects, there is only one you. Walk away. It’s not worth it.

-Not my personal experience but because I’ve seen it and heard it: Even if you’ve made 300 things, treat it like the first one. So many “experienced” directors get jaded and stop caring. Your cast and crews will know and they will also stop caring.

-You don’t know everything. Don’t let it go to your head and become a jerk (I’ve also seen it happen way too often.)

Want to learn more about fantastic AWD Members like Kryzz?