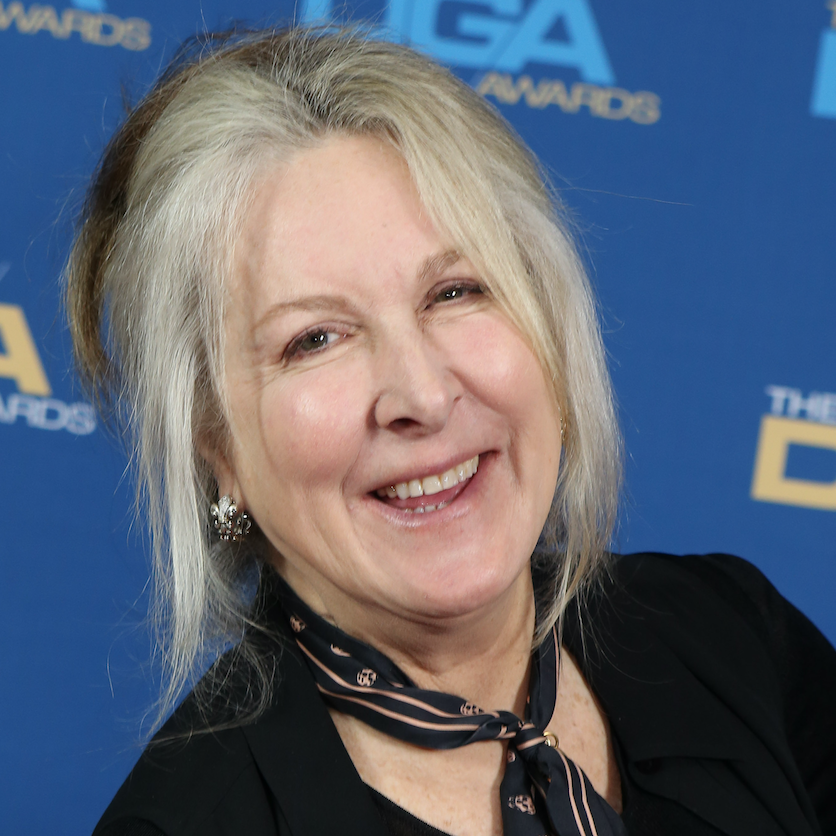 Betty Thomas began her career performing at The Second City Theatre with the likes of Bill Murray and John Candy, becoming the first woman to direct one of their MainStage theatre productions. Deft at drama as well as comedy, Ms. Thomas won an EMMY for Outstanding Supporting Actress in a Drama Series for her portrayal of Lucille Bates on “Hill Street Blues.”

Segueing into directing film and television, Ms. Thomas won her second EMMY, for Outstanding Individual Achievement in Directing in a Comedy Series (“Dream On”). She was the first woman to win this award. Other directing accolades include a CABLE ACE AWARD, Women In Film’s DOROTHY AZNER DIRECTORS AWARD and a DGA AWARD for Outstanding Directorial Achievement in Dramatic Specials (“The Late Shift”). As a film director, Ms. Thomas has helmed the blockbusters DOCTOR DOLITTLE (Top 5 in yearly Box Office), 28 DAYS, I SPY, JOHN TUCKER MUST DIE and ALVIN AND THE CHIPMUNKS—THE SQUEAKQUEL (Top 2 in yearly Box Office). She has directed multiple television pilots and is a prolific producer (CHARLIE’S ANGELES 1 and 2, 28 DAYS, CAN’T HARDLY WAIT, GUESS WHO, etc.). Presently Ms. Thomas is casting her film DEL and writing her memoir movie IT NEVER ENDS. 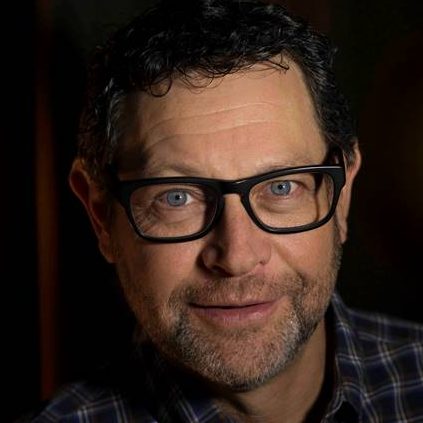 As an attorney, Eric has negotiated multi-million dollar deals for his clients and focuses on deal making and helping clients leverage their talents and intellectual property across multiple platforms.

As a producer, Eric executive produced the critically acclaimed documentary Advanced Style about older women asserting their character through the art of fashion. He is currently developing feature projects with Davis Entertainment, Skybound, Gidden Media and Inkubate Entertainment as well as executive producing the children’s animated series Sweets Café with Driver Digital and Ananey Communications for Nick Jr. Israel and YouTube.

Eric is also a Founder at Driver Digital in New York City, a leading creative and production studio specializing in episodic storytelling for youth and family audiences across animation and live action. Eric is licensed to practice law in California and New York and is a Member of the Academy of Television Arts and Sciences. 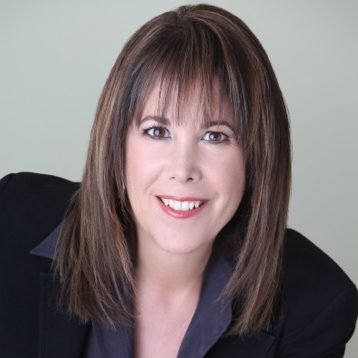 Hillary has been named a "Southern California Super Lawyer” annually since 2006, a designation awarded to only the top five percent of lawyers in Southern California. She has been named a “Top Woman Lawyer in Southern California” each year since the inception of this honor.  She was chosen as one of Hollywood’s "top new generation deal makers" by the Los Angeles Business Journal.  She has received a Woman of Achievement Award from the Women's Business Counsel and was profiled in the Los Angeles Daily Journal as a top “new generation” deal maker.

Hillary is a long-time Alliance of Women Directors member.  She has served on the Boards of Women in Film and Loyola Law School. She currently serves as a Women In Film mentor and on the Advisory Committee for the UCLA Entertainment Law Symposium. 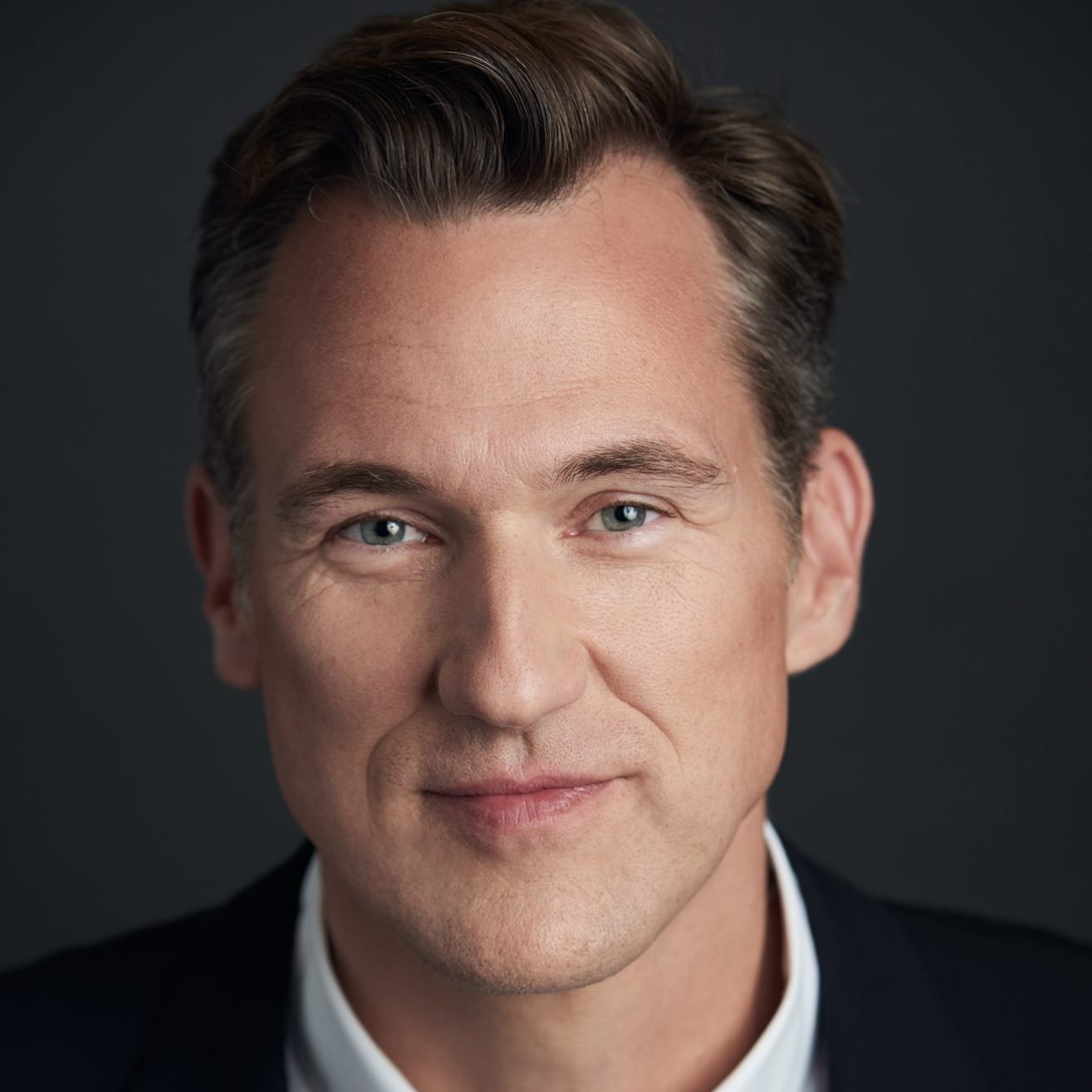 Frank and his wife Meredith Milton reside in Pacific Palisades, California with their children Wyatt and Greer. 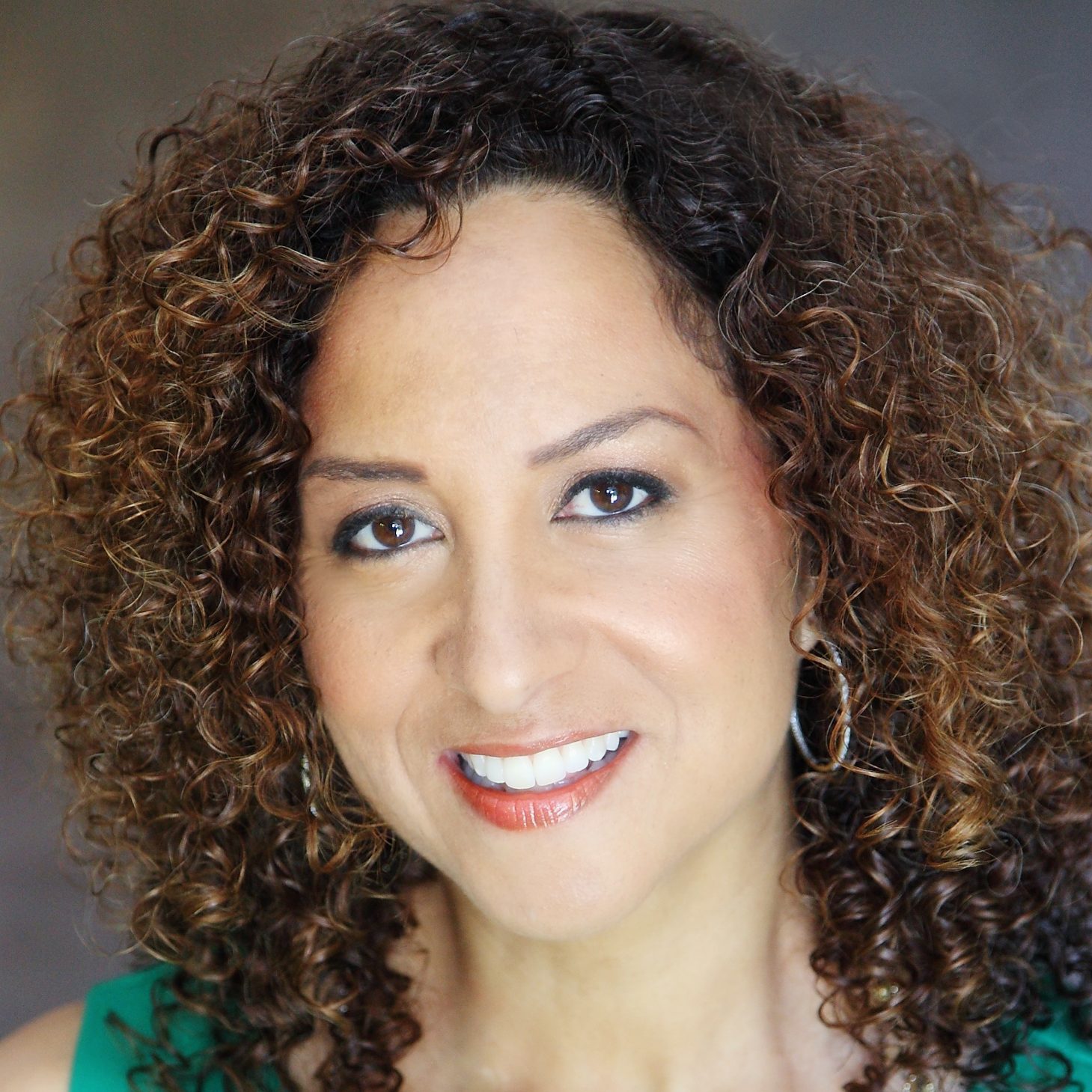 Karen Horne is Senior Vice President of Enterprise Inclusion for WarnerMedia where she oversees inclusion programs and initiatives across the enterprise.  She was previously Senior Vice President, Programming Talent Development and Inclusion for NBC Entertainment and Universal Television Studios where she was responsible for overseeing in-front-of and behind-the-camera primetime diversity efforts for NBC and Universal Television.

Horne has been recognized with several awards and recognitions for her diversity and inclusion work and her service to underrepresented communities. In addition to serving on AWD’s Advisory Board, she is on the boards of Montclair State University’s School of Communication and Media and USC’s Annenberg Inclusion Initiative. 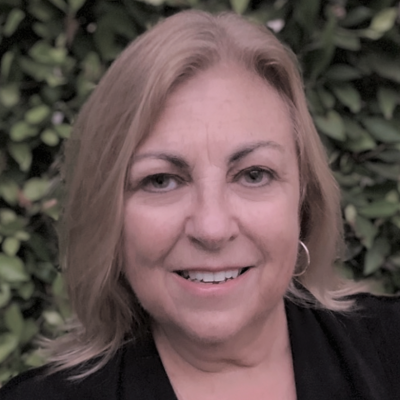 Ms. Stables left her studio role in 2018 and now serves as a marketing consultant to several brand, media and film industry clients. She has appeared as a guest speaker at industry events and panels for The Hollywood Reporter, Variety and the Wrap. She was featured in the Variety Women’s Impact issue, served as Jury Head for the Clio Entertainment Awards, and has received numerous marketing awards for her work. She resides in Los Angeles, is a member of the Academy of Motion Picture Arts & Sciences, and supports the Downtown Women’s Center in LA. 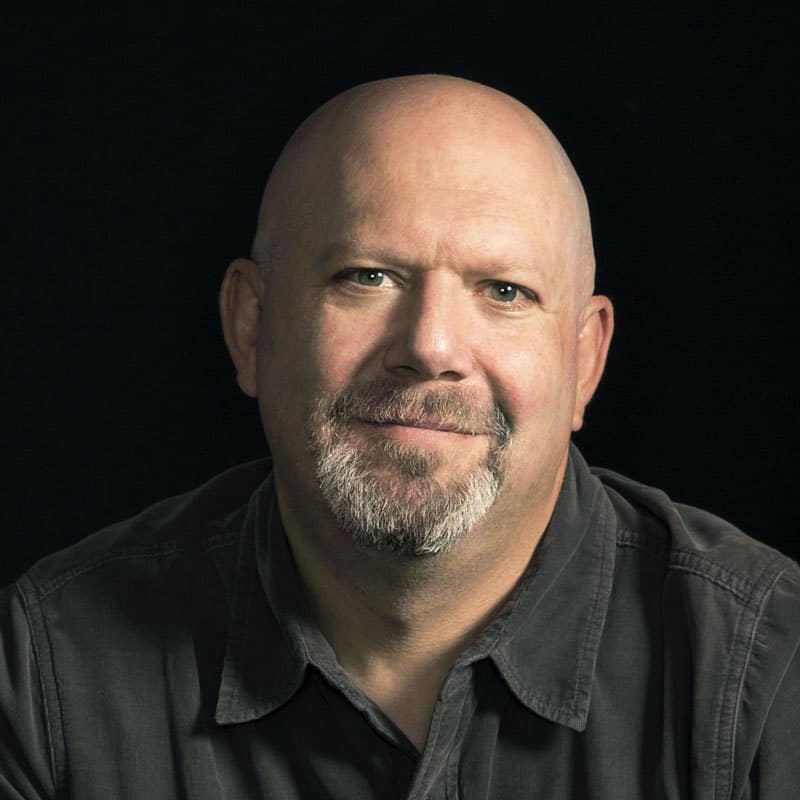 A native of Long Island, New York, Marc Guggenheim practiced law at one of Boston’s most prestigious firms before getting hired on the writing staff of David E. Kelley’s Emmy-winning show about Boston attorneys, The Practice. Since then, Guggenheim’s prolific television writing credits include Law and Order, Jack & Bobby, Brothers & Sisters and Eli Stone (for which he and Greg Berlanti received a Writers Guild Award nomination for Best Drama Teleplay).

Guggenheim is an Executive Producer and Co-Creator for Arrow and DC’s Legends of Tomorrow, and the two animated spinoffs, Vixen and Freedom Fighters: The Ray. He also produces Trollhunters with Guillermo del Toro, for which he won the Emmy for Writing in an Animated Program. Guggenheim is also a successful screenwriter (PERCY JACKSON: SEA OF MONSTERS, GREEN LANTERN), videogame and comic book writer (he has written titles for both Marvel Comics and DC Comics, as well as several creator-owned series), and novelist.

Guggenheim currently lives in Los Angeles with his wife Tara (a fellow showrunner and WGA nominee, the co-creator of and Executive Producer of Kevin (Probably) Saves the World, and their daughters Lily and Sara, and their pets, Lucky, Finn, and Jarvis. 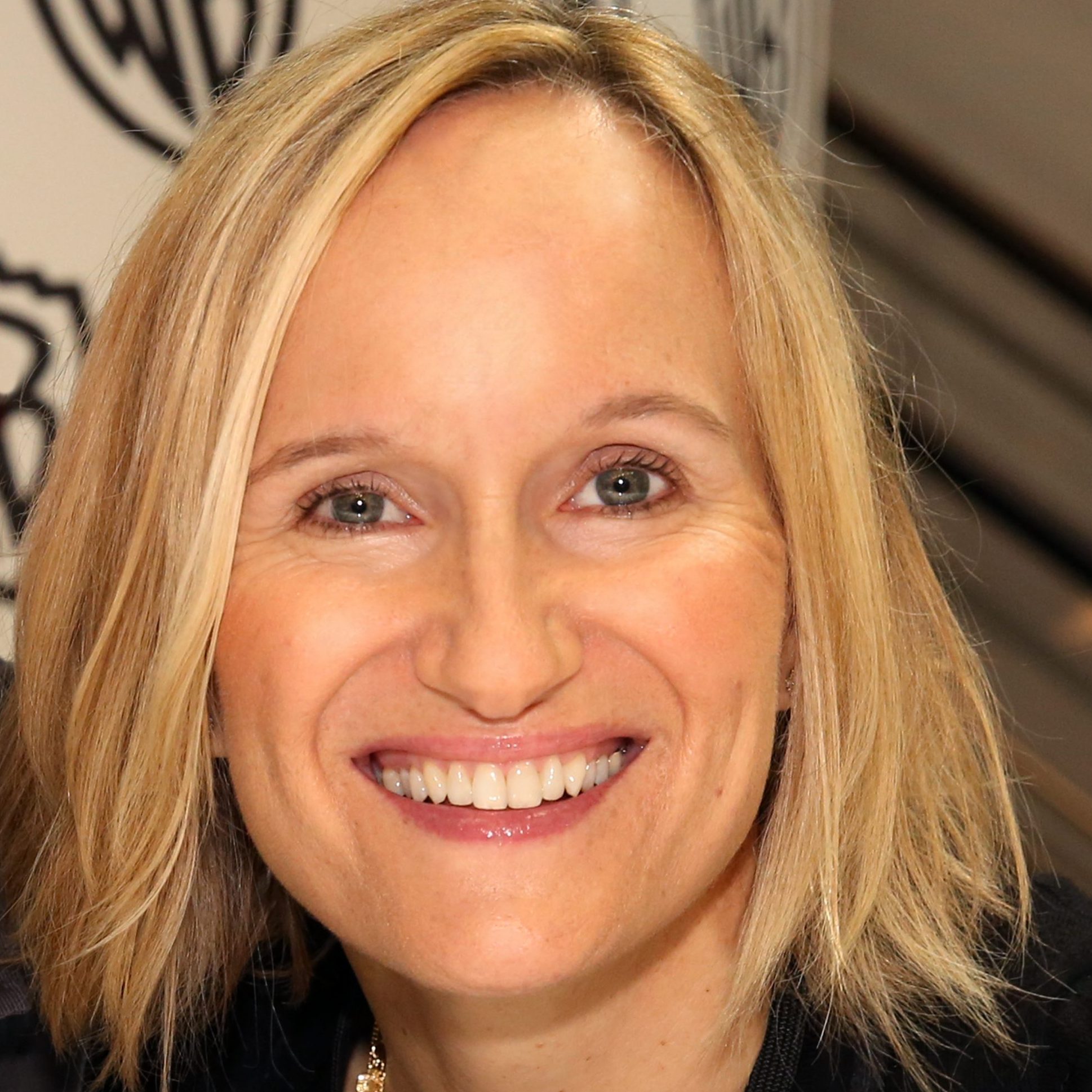 An Indiana native and graduate of Oxford University, Wendy Mericle began her television writing career on Everwood, created by Greg Berlanti. Her association with Berlanti continued as a writer on Jack & Bobby, Eli Stone and Arrow, where she served as Executive Producer and co-showrunner for three seasons (2015- 2018). She has also written for Ghost Whisperer, Smallville, Eastwick, Star Wars: The Clone Wars, and the iconic Desperate Housewives. In addition, Mericle has sold multiple original pilots to Warner Brothers, NBC and Fox.

Over the past several years, Ms. Mericle has served as a mentor to new and up and coming writers through various programs at the Writers’ Guild of America, as well as a judge for the WGA’s TV Writer Access Project.

Wendy is currently under an overall development deal at ABC Studios, where she is writing and producing original content. She recently sold a series pitch, The Sorority Girl Who Saved Your Life, inspired by the upcoming biography of former CIA agent Tracy Walder. She lives in Los Angeles with her husband and two sons.