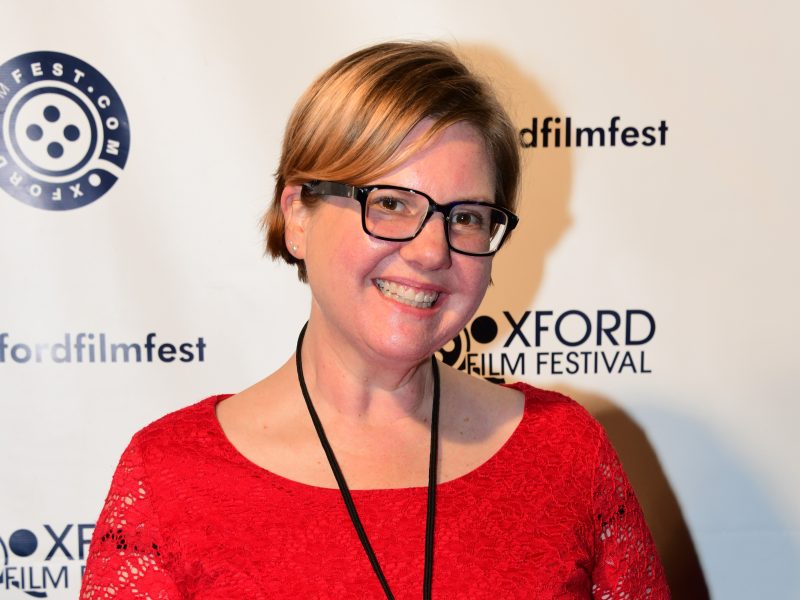 With events like bowling parties and karaoke and awards named after Alice Guy-Blaché, the Oxford Film Festival has earned a reputation for championing diverse filmmakers and being one of the most friendly festivals. AWD spoke with Melanie Addington, Executive Director of Oxford Film Festival, about her comprehensive approach to increasing diversity and what to expect at the 2019 festival.

In what ways has your background as a filmmaker influenced how you approach the film festival?

I actually began as a screener before becoming a filmmaker so the festival experience influenced me as a filmmaker. Now as a filmmaker, I understand that even the ability to finish a film is a huge success and try to make the process of submitting as transparent and helpful as possible providing feedback from screeners to those who submit and talking with them about why or why not we select each film. It also helps give me insight when I know someone is trying something risky or challenging themselves.

This year the festival is offering discounts to films created by people with disabilities and/or featuring performers with disabilities and is expanding the LBQT categories. And you’ve committed to achieving a 50-50 female to male representation. You are definitely ahead of the curve in giving substantial support and visibility to underrepresented filmmakers at the festival level. What has the response been from filmmakers and attendees?

Mostly it has been positive reactions from those who submit. We do sometimes get grumbles from female produced projects that have a male director asking why that doesn’t count. While we love female produced projects and female crew, we had to draw a line in the sand somewhere and so ours is on the director being female. It has really opened up some great films as people who otherwise may not take a chance on a regional festival like ours are now submitting and the quality of films has increased.  We are very lucky the Academy liked our support of the LGBTQ films as our counter response to our state’s legislation and they provided funds this year to expand that.

Can you talk a little about the creation of the Alice Guy-Blaché Emerging Female Filmmaker Award and who is eligible?

Absolutely – any feature that is directed or co-directed by a female that is accepted into the festival in competition (so not special screenings) is eligible. That was actually the first step we made towards supporting female filmmakers four years ago with the first winner Clair Carre with EMBERS, a fantastic first feature that was sci-fi. We have support from the Louis M. Rabinowitz Foundation to provide a cash prize for that. We have a committee that determines the winner which includes the winner from the year before.

What was the feedback from last year’s “Seeing is Believing” screening and panel and increased focus on women filmmakers?

I am always nervous when we put something in the morning with the party the night before so when that screening was almost packed out, I was so happy that people were so engaged and committed even early to supporting the great film we had from Cady McClain and listening to female filmmakers talk about the industry. What I loved about Cady was that she did not want it to turn into a let’s complain about how unfair the industry can be discussion (although those are of course valid) but focused a lot on the positives that female-led stories can bring to the table. It was a fantastic discussion and I think a lot of the women and men in the room bonded for the weekend.

In 2018, you had unique events like bowling parties and karaoke. What inspired the festival to add these events and what are you planning for 2019?

We always try to have something fun for each night. Karaoke is a staple, but the bowling party was new and likely to become a tradition. Every year we try to find something that either ties to a film or shows off the town we love to visitors. As a filmmaker I travel to a lot of festivals and there are only so many parties in a bar with no food and loud music I can stand so we try to mix it up so people can interact in fun ways.

In addition to screenings, there are free workshops and panels. What have been some of your most popular panels? What’s in store for 2019?

We are still tentatively planning our workshops and panels although we likely will have something to do with acting this year, maybe screenwriting, and more. HTC Vive has been a helpful sponsor as well, so we will again bring free Virtual Reality to the festival. Our conversation with series have been the most popular with actors like Ray McKinnon, Jason Ritter, critics like Elvis Mitchell and others. It is tricky every year as we want to mix it up but you just never know what will be the draw that year. We try to always do something technical, something about writing and something about performing to round it out.

Is there anything I didn’t ask that you’d like our readers/members to know?

New this year will be cash prizes for every award and we haven’t really even told anyone yet so your members are the first to know!

The Oxford Film Festival, now in its 16th year, focuses on great storytelling while striving to make a difference in the local and filmmaking communities. The festival exhibits over 200 quality films from across the globe and has been praised for its hospitality. In its 6th year of being named a Top 50 Film Festival worth the entry fee from MovieMaker magazine, MovieMaker’s Peter Weed has this to say: “OFF was particularly strong in presenting the work of female moviemakers, with more than 60 female directors/co-directors presenting films.”Oxford Film Festival is in Oxford, Mississippi. The 2019 Festival will be Feb. 6th-9th.