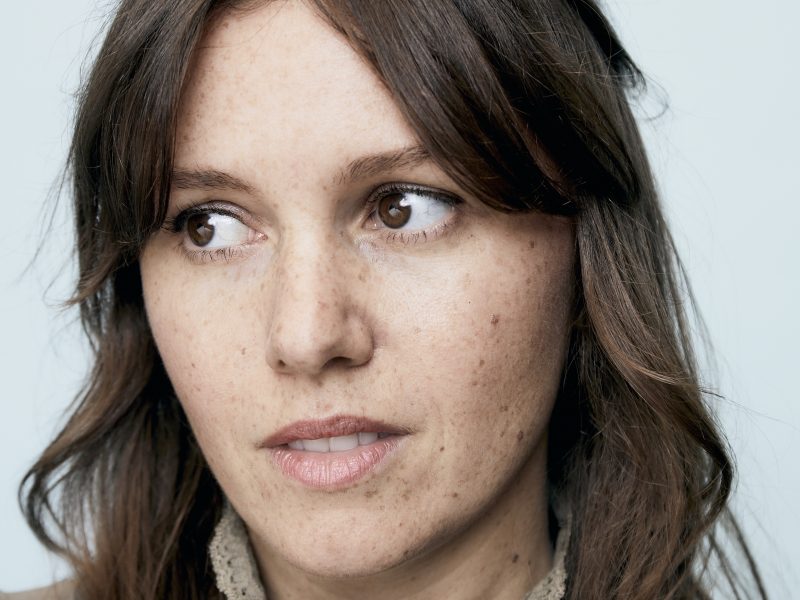 AWD Member Nicole Dorsey recently won Best Episodic Pilot at SXSW for Something Undone, which centers Jo who, while sorting through her deceased mother’s home and recording effects for her podcast, discovers a disturbing sound. Additionally, Nicole is currently in Post Production on a thriller limited-series, Balestra.

Nicole has worked extensively as a commercial and narrative film director. Her debut feature, BLACK CONFLUX (2019), held its world premiere at The Toronto International Film Festival and was selected as Canada’s Top Ten Films of 2019. For her work, she received both a Canadian Screen Award and Director’s Guild Award Nomination. For CBC GEM, Nicole directed the series SOMETHING UNDONE (2021), which won Best Episodic Pilot at SXSW and Best Series at the Series Mania Festival in France. She also directed ARLO ALONE (2016) through Canadian broadcaster Bell Media; the short premiered in competition at the Atlanta Film Festival and was a Vimeo Staff Pick and A&E Best Film Winner. Nicole recently wrapped production on a Limited Series starring Cush Jumbo, Manny Jacinto and James Badge Dale.

AWD spoke to Nicole this month about Something Undone, Balestra, and how her work in various departments has prepared her for the director’s chair.

AWD: Congratulations on the success of Something Undone, which recently won Best Episodic Pilot at SXSW, as well as Best Series at Series Mania! What was it about this project that made you want to make the jump to television directing? What was it like working on your first episodic series and how has it been to receive recognition of your work?

Thank you! I’ve always loved the idea of working in television. It’s where I started actually – working as a PA and then a showrunner’s assistant. There’s such amazing opportunities for storytelling in TV. These days it can be like one long feature film, which is incredible. I love the ability to stretch character arcs and dive deep into the nuances of human behavior over the course of several hours. When I read SOMETHING UNDONE I was immediately drawn to the character. The writers did a fantastic job of building this tale of a woman confronted by both her family trauma and her own psychological descent. The process of shooting it was challenging due to extremely limited time and filming during early Covid, but our core crew worked so well together and I got to team up with my DP Marie Davignon whom I shot BLACK CONFLUX with. We didn’t know what to expect out of the project, so it was a surprising joy to see it take off to festivals and bring home a few awards.

You are in post-production on the limited series Balestra. What can you tell us about this project?

BALESTRA is about a disgraced fencer trying to make a comeback to the Olympic circuit, but things get a little dicey when she utilizes a new lucid dreaming device, allowing her to train in her dreams. But really, to me the story is about the fallacy of the American Dream.

You directed a handful of shorts before directing your first feature Black Conflux (2019), which held its world premiere at the Toronto International Film Festival. What was the experience like going from shorts to a feature? Do you have any advice for filmmakers trying to make that jump?

By the time I started making my feature I was really happy with the amount of shorts I had made. It gave me an opportunity to hone my voice and figure out what I wanted to say in a feature format. The big thing I noticed with first features is inconsistent tone and pacing, so that was one thing I wanted to pay close attention to when I got my shot at directing long format. I spent a long time in prep editing the film in my head and making copious notes, so that when I dealt with the pressures and problems that arise on set I wouldn’t lose hold of what I needed to capture to maintain my vision.

You possess experience in almost every department — camera, casting, AD, network script supervision, as well as assisting showrunners and directors. How do you think working in these various departments has best prepared you for your role as a director?

Having first hand experience in various crew roles has definitely helped give me a well rounded understanding of set and the industry. It’s made me a better director, as directing is very similar to conducting an orchestra. And if you understand the musicians and their instruments, you’ll be better versed at bringing everyone together to create a beautiful score.

Honestly, I’m hoping for many things and trying to remain open to wherever the road may lead. I have a second feature I’ve written and a couple shows in the process of pitching, but I’d also be keen on directing a pilot or doing another limited series. I just want to tell meaningful stories, so whatever format that comes in is good for me!

Want to learn more about fantastic AWD Members like Nicole?