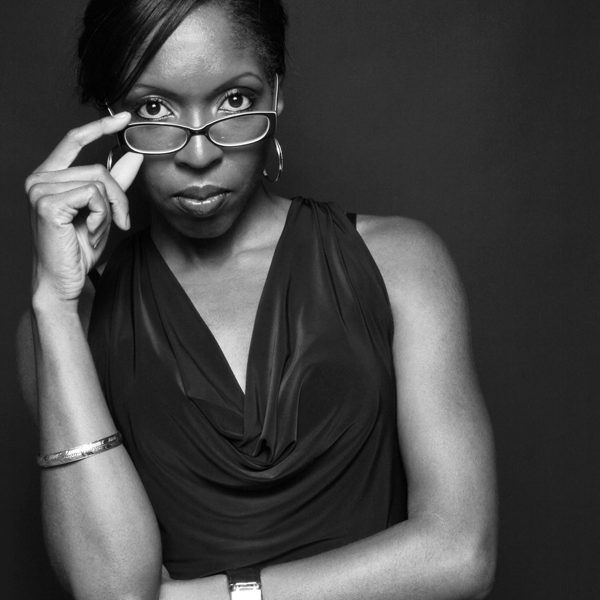 AWD Member Monique Younger is on the leadership team of AWD South and Chairs the Events Committee. Born and bred in Queens, NY, Monique made her directorial debut in 2006 with the documentary Finally Sayin’ What I Really Mean… In addition to being a director, Monique has worked as a Costumer and Costume Supervisor on shows including Nickelodeon’s Young Dylan, The CW’s Naomi, and BET+’s The Oval.

AWD spoke with Monique about her volunteer work with AWD, her experience in costuming, as well as her recent accomplishments and upcoming projects.

When did you first join AWD and how do you feel you’ve benefited from being a member?

I first joined AWD in 2018 because I was looking for a way to jumpstart the career I wanted but had no real direction as to how to get there. There was a director that I admire, Angela Barnes, with whom I worked for years, when she was a 1st AD. She is an absolute badass and I knew that if she was part of AWD, then that is where I also needed to be. Joining AWD has introduced me to a sisterhood of powerful visionaries that educate, inspire and encourage one another.

When did you start volunteering and join the AWD South Leadership Committee? How has this experience been?

I probably started volunteering my second year in. I knew that if I wanted to get the most out of my membership, I had to put work in. I had some ideas for panels and workshops and because I already had a career in entertainment, it afforded me a lot of contacts that I knew would be great to share with the group. I started a really fun and successful panel called The Breakdown where I moderated panels with Directors breaking down scenes from their scripts or specific aspects of their directing work.

You made your directorial debut with the documentary Finally Sayin’ What I Really Mean… What inspired you to direct and make this film in particular? What were your takeaways from this experience?

I get a thrill out of watching creative people at work. There’s this tingle I get when I see someone create art/music/writing/film out of thin air. It’s electric and I want to be a part of it. ‘Finally Saying’ was my love letter to the innovation, creation and creativity of poets and musicians of all genres. I’m fascinated by that creative spark – where it comes from and how to keep the ideas fresh – especially understanding that the record industry isn’t about innovation since it’s easier to sell more of the same. My takeaway from that experience was that paperwork is key. It doesn’t matter how celebrated the documentary was or the awards it won, because my clearance paperwork wasn’t lined up, I wasn’t able to capitalize on it.

You have worked as a Costumer and Costume Supervisor for the past 16 years and have 43 Costume and Wardrobe Department credits on IMDb! How do you feel this experience has shaped you as a filmmaker?

Yikes! Where has the time gone? Working in Costumes has been amazing. Personally, it’s shaped my wardrobe and sense of style! We touch every part of production and I’ve learned so much from being a part of it. As the Costume Supervisor, I’m in the production meetings, the design meetings, I’m often first point of contact for the actors after the casting director and the main point of contact for the producers/studio/network with my department. I break down the scripts, build the budgets, hire the crew, set-up the costume shop, create the bible and try (hard!) to keep the design team on budget. Not only are we hands on with the actors but we deal directly with the Director, the AD’s, stunts, special fx, sound, lighting, transpo, heck, even the grip dept.

As I look at it, I am like the Producer (for my department) and the Costume Designer is like the Director. They create the vision that I am in charge of executing.

Congratulations on being accepted into the Television Academy! What does this accomplishment mean to you?

Thank you! I am super excited about that! My acceptance is acknowledgement of a level of expertise that I’ve developed over the years of working in my craft. I’m proud of the body of work that I’ve amassed and the respect that has earned me from my peers. Now, my next goal is to go from voting on, to winning, an Emmy (and Oscar).

I co-wrote, co-directed and produced a web series, “Only Way Out” the story of an ambitious reporter that claws her way into an exclusive, sensational Hollywood story about domestic violence. I plan to crowdfund finishing funds for post, enter it into festivals, and help raise awareness for for DV victims. I have a trove of scripts and treatments that I am pitching and planning to shoot. I am also up for Costume Supervising at least one more television or film project before the end of the year.

Want to learn more about fantastic AWD Members like Monique?