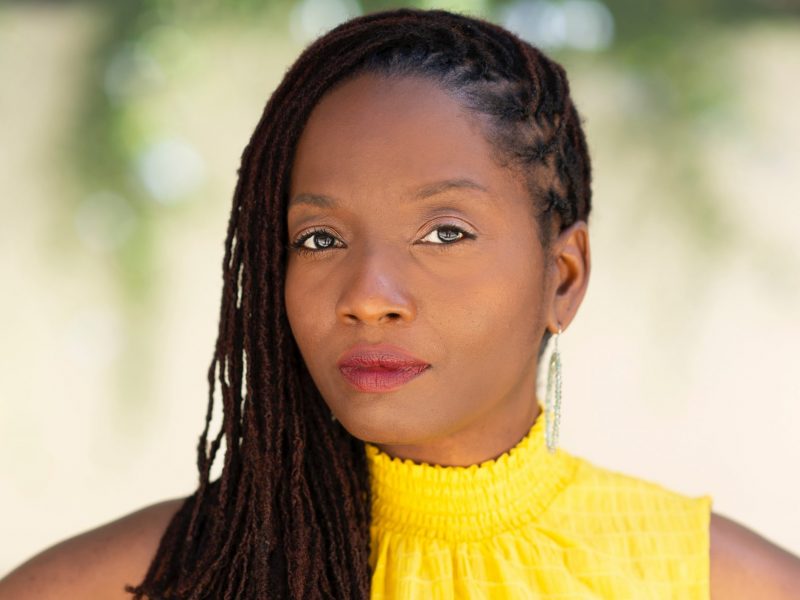 Originally from Goldsboro, North Carolina, Kameishia earned her Master’s in Film from Columbia College Chicago and is a proud UNC Chapel Hill undergrad alum. She got her start in the business working as a legal professional for major studios such as Paramount Pictures and Netflix. When she isn’t working in entertainment, she’s performing as a classical vocalist in the LA Lawyers Philharmonic. Kameishia resides in Los Angeles where she’s a member of Alliance of Women Directors, Women In Film, Women In Media, and Film Independent.

AWD spoke with Kameishia about her recent accomplishments, becoming a board member, and her experience with both the WIP and BDAI programs.

Congratulations on your Women In Film Grant! Can you tell us more about the project?

I was selected for the WIF Shorts Lab supported by Google. The program provided a production grant, additional sponsorship from Warner Chappell Music, Cinelease, and Picture Shop. We were also paired with writing, directing, and producing mentors while in the program. I created a short film entitled “Choices”. ​​ It is a coming-of-age comedy about a class clown, a nerd, and an aspiring prom queen who await pregnancy test results at their L.A. high school.  The film centers around sisterhood and reproductive freedoms.  I just wrapped post production last week. I plan to submit to film festivals ASAP.

When did you first join AWD and how has it helped you as a filmmaker?

I joined AWD in 2019. After joining, I immediately found a tribe of people who I now consider my creative support network. The workshops have been incredible for my development as a director.  My favorite program is WIP. I submitted my most recent film, “Destiny’s Road” to WIP and gained some valuable feedback that helped me create my film festival strategy.

When did join the board and how has that experience been?

I joined the AWD Board in 2020. It’s been very rewarding to serve an organization that advocates for women-identifying and gender nonbinary directors in the entertainment industry. I get so inspired by working with the other board members who are also amazing directors and gifted leaders as well.

Your 2020 short film, Destiny’s Road was a festival success! What did you learn from making that short that you took with you into this new project?

I thought Destiny’s Road was one of my best films.  I made it as a proof of concept for a feature script that I wrote for the purpose of gaining financing. It was more of a story driven project. For this project, I wanted to showcase my directing.  I focused on obtaining a higher production value look. For me that meant great production design, beautiful and well crafted cinematography, and phenomenal talent. With the support of WIF and Google, it was much easier to achieve that than financing a project solely on my own, which I have done up until now. It wasn’t just the sponsorship, but the recognition I received for being in the program helped to attract some really talented cast and crew to the project.

You have been a part of a few mentorship programs, including AWD’s BDAI. Can you talk about the importance of mentorship for underrepresented voices? How has it personally helped you?

I don’t know many underrepresented voices who have achieved success the conventional route.  The mentorship and fellowship programs are probably the best way to break into the industry when you lack access and resources.  I’m so grateful for the BDAI program. I was in the program when I interviewed for the WIF Shorts Lab. I had a really great mentor and a career coach while in the program. I definitely utilized them when preparing  for my interview and it gave me the confidence boost that I needed.

There’s too many favorites for me to just name one. However, I am looking forward to the release of The Woman King, directed by Gina Prince-Bythewood who I’ve always admired. My favorite AWD program is WIP! Getting helpful feedback is how you grow as an artist and I’m so thankful for the feedback I’ve received over the years that has helped me elevate my craft as a director.

Want to learn more about fantastic AWD Members like Kameishia?