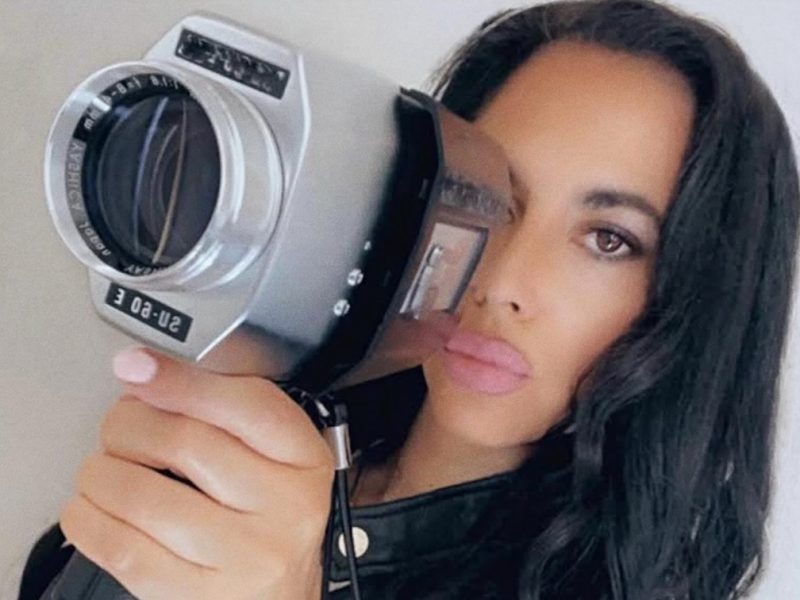 AWD Member Joslyn Rose Lyons has directed and produced a diverse range of Award-Winning content in film and television for more than a decade, including work with BET, MTV, UNINTERRUPTED, Warner Bros. Pictures, OWN, Discovery, Lionsgate and STARZ.

AWD spoke with Joslyn about her directorial debut, her career aspirations, as well as her recent accomplishments and upcoming projects.

According to your IMDb you have a couple of completed projects, both documentaries — Speaking Truth to Power and Tale of the Tape. What drew you to these projects? How did you become involved?

As a Producer on Speaking Truth to Power, (which won Outstanding Documentary at the 2022 NAACP Image Awards), my Bay Area roots drew me to want to help tell this courageous and inspiring story of Rep. Barbara Lee, a steadfast voice for human rights, peace and economic and racial justice. The film features interviews with Cory Booker, Ayanna Pressley, Alexandria Ocasio-Cortez, Van Jones, Danny Glover and Alice Walker. Uncompromising and conscientious to the core, Barbara Lee paves a path of integrity, truth, and is a leader for all of us to continue to use our voices to speak truth to power.

Tale of the Tape connects to my roots in Hip Hop and music. I have worked as a producer and director with Red Summer TV for nearly two decades. This documentary takes an unabashed look at the role The Mixtape played during the growth of Hip Hop music from the 1970’s to now, revealing how The Mixtape has served as a force to catapult the art form of Hip Hop, as well as the careers of the greatest lyricists. Through interviews with mixtape legends, artists and industry insiders, including Big Sean, J. Cole, Mobb Deep, Wiz Khalifa, and Kendrick Lamar, the massive impact of The Mixtape subculture will be unveiled.

You made your directorial debut with the documentary Soundz of Spirit. What inspired you to direct and make this film in particular? What were your takeaways from this experience?

Directing more scripted content, exploring storytelling techniques with magical realism. Scripted cinema is a space where I find that I can play the most, and let my imagination run free like a wild horse, and in that process I find a sense of freedom. I think we are drawn to things that allow us to feel freedom. For me, that’s what cinema does, it gives me a sense of freedom. It is a form of creative play, and when we are playing, that’s often when the most inspiring ideas spark.

When did you first join AWD and how do you feel you’ve benefited from being a member?

I joined AWD in 2019 and it has provided a sense of community, and it has been so inspiring to see the work of so many amazing women creating films.

Directing a scripted feature film. I am currently in development on my first feature. I am drawn to stories that allow me to play in my own shadows and inspire me to keep searching for the light.

Want to learn more about fantastic AWD Members like Joslyn?