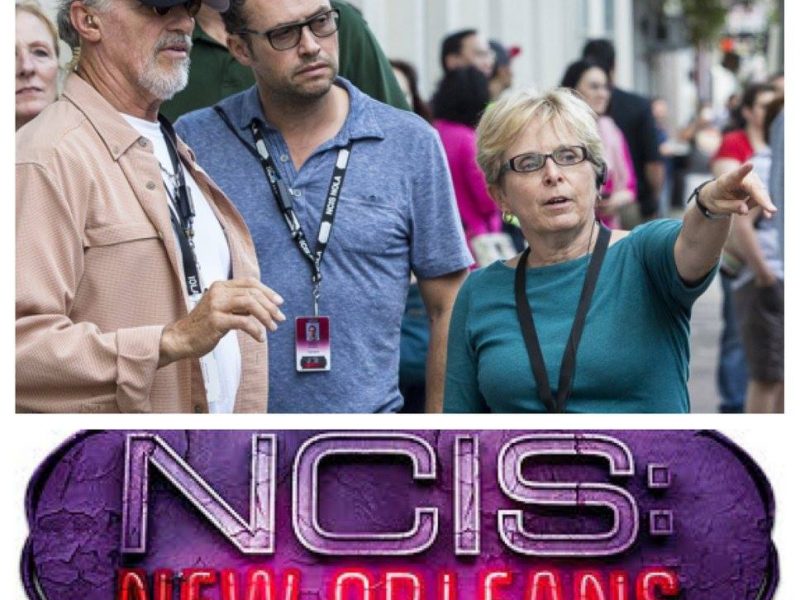 “There are no roadblocks only detours.” Prolific television director, AWD honorary member, and author Mary Lou Belli recently released Acting for the Screen, a collection of essays written by and interviews with working actors, producers, directors, casting directors, and acting professors. AWD sat down with Belli to discuss her path from actor to director and the importance of passing along practical advice about sustaining a career in the entertainment industry.

You started in the entertainment industry as an actor. How did you make the shift to directing and what inspired you to pursue that path?

It was suggested to me by Jack Riley, a wonderful actor, on the first TV show I ever worked on in LA: Domestic Life, where I coached the young (and then later the adult) talent, that I should be directing. I went back to my roots in the theatre and while shadowing on TV shows, I started directing and producing plays at my home theatre companies, Theatre West and Company of Angels. I always felt at home in the company of actors and found l loved directing far more than performing.

In addition to directing, you are a passionate teacher and author. You have written several books about directing and acting and just released Acting for the Screen. What fuels your drive to give back to the community?

I was mentored and supported all along my journey by other directors and actors and producers, most notably, Bethany Rooney and Phil Ramuno with whom I co-wrote two of my previous books, as well as Micheal Lembeck, Tracy Ellis Ross, Tony Shalhoub,Brooke Adams, Scott Bakula, Chelsea Field, Robert Greenblatt, David Janolarri, AlBurton, Felicia Henderson, Eunetta Boone, Rick Hawkins, DL Hughley, Paris Barclay,and Peter Engel. Knowing I did not get here on my own, and knowing that we are at a great turning point in the industry as far as diversity in hiring, I figured it was time to step up my game and try to make a difference, in changing the face of what the industry thinks of when one says the word “director.” In conjunction with that, thanks to my friends, Helaine Head, Barnett Kelman, and Jack Epps at USC, I found that I loved teaching… so while they give me a chance to hone my skill set as an instructor, the industry allowed me to pursue my career and share a little knowledge along the way.

Can you talk a little bit about your newest book and how it came about?

I was recommended to Anna Weinstein, who conceived the entire. PERFORM book series, by writer/director/actress Toni Kalem. I loved the idea of being part of a series that encourages and teaches folks how to get work and sustain a career. This is not a craft book…it’s a business of the business book. Acting for the Screen is a collection of essays written by and interviews with working actors, producers, directors, casting directors, and acting professors. In this book, over thirty show business professionals dispel myths about the industry and provide practical advice on topics such as how to break into the field, how to develop, nurture, and navigate business relationships, and how to do creative work under pressure. Readers will also learn about the entrepreneurial expectations in relation to the internet and social media, strategies for contending with the emotional highs and lows of acting, and money management while pursuing acting as a profession. It has been preceded by Acting for the Stage, edited by Anna Weinstein and Chris Qualls, Directing for the Screen, edited by Anna Weinstein, Producing for the Screen, edited by Amedeo D’Adamo and Writing for the Screen, edited by Anna Weinstein. I feel honored to have suggested two new authors for the next two volumes. The rest was simple, I thought of the book as a whole, and then plugged in my talented and generous friends as contributors.

What have been some of your favorite moments in your directing career?

Where do I start? I have loved every moment of being a director, especially working with my actor and writer friends, learning from generous cinematographers, like Gordon Lonsdale on NCIS New Orleans, Paul Maibuam on Pitch, Joe Pennella on Monk, Ken Zunder on The Game, John Smith on Legacies, Bruce Finn on so many shows starting with The Hughleys, and most recently with Fernando Reyes on Black Lightning. And I could never forget the crews whose long hours and sincere caring they have for their own work makes a huge contribution to making me look good! And, of course, the talented casts who put themselves and their insides on the screen for all to see. I also particularly loved working with Leila Gerstein on Hart of Dixie and Wendy Calhoun on Station 19!

What is the best piece of advice that had helped you through challenging moments?

There are no roadblocks only detours… told to me by Ian Praiser who gave me my first job in Hollywood.

How did you first get involved with AWD and what inspires you to stay involved in the organization?

I was approached to be on the board where my friend Bethany Rooney was already serving. I also knew that Lesli Glatter, who I have known for years, showed up and gave back to AWD… I couldn’t ask for two better recommendations. I keep coming back, teaching workshops and supporting the group because of the talent level and commitment of the members. I also think the leadership is forward thinking as well as aggressive and assertive within the industry. Hats off to Jennifer Warren and the hardworking staff and volunteers.

Is there anything else about your career or upcoming book that you would like to share with AWD members and followers?

Never give up your dream! And as my friend Todd Holland says: Joy, Craft, Network, Repeat! And teachers can contact Focal Press for free perusal copies of Acting for the Screen. And encourage your local libraries to buy a copy for all to use!