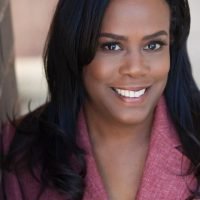 Vickie Adams founded Visions Productions in 2017, an independent company dedicated to make films that focuses on faith, family and justice. She was EP on "Redeemed" (2019) which was picked up by BETPlus and now streaming. Vickie has completed several short films "Pure Justice", "Saving Billy", "Broken Warrior", "Mental Prison" which all has received numerous of awards while on the film festival circuit.

She is now is looking for a home for her two completed feature scripts "Triple Christmas Blessing" and " Carry My Cross" which are both female lead characters. She is also working on completing two pilots, one which stems from one of her short films.

Vickie with a keen eye and ability to tell and direct stories, she wishes that she will get that dream job in directing TV one day.