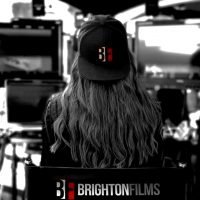 After attending university in NY and England for her passions - performance and filmmaking - Vanessa Silva received a degree in marketing and advertising. She has a diverse background in Creative Direction which includes film, video, sound, graphic design and marketing.

​Creative Direction propelled Vanessa to fervently follow her passion in front of - and behind - the camera. She has acted and continues to act in an array of new media, episodic series, industrials, and short and feature films.

In addition to regional performance academies, Vanessa has trained with the Stella Adler Studio of Acting/Art of Acting for Acting Technique, The Juilliard School for Voice, The Groundlings School for Improvisation, and is a Specialized Training Alumni with The American Academy of Dramatic Arts in Camera Acting for Film and Television.

Behind the camera, Vanessa has had training in conjunction with Sundance, USC School of Cinematic Arts, Canon Hollywood, Shane Hurlbut ASC, AbelCine, ARRI Academy, Filmmakers Alliance and NBC/Alliance of Women Directors. She has written, directed and produced a variety of films and series.