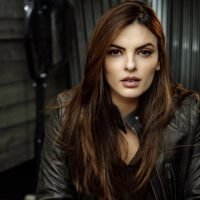 Award winner film director Talita Maia, was born and raised in Rio de Janeiro, Brazil. Her first film Tempest Desert was on the official selection of two Bafta and Oscars qualifying film festivals. It was selected at LA Shorts and screened at festivals such as Carmarthen Bay, Fort Lauderdale International, and many more. It won an Outstanding excellence award for directing and several nominations. Talita has a background in advertising, working as a junior account manager for one of the biggest agencies in her country, prior to moving to USA. In the US, Talita got a 2-year certification in Film Studies at UCLA extension and built a career in Voice Over and On-Screen actor, with over 12 credits as the lead voice for cartoons, documentaries, series and films and co-starring in mainstream projects like the TV shows “Community”, Why Women Kill and the ICarly Revival, as well as independent ones alongside Tony Shalhoub and Jeremy Sisto. Talita has also worked as an assistant editor and post production assistant at Sugar Studios before delving into writing, directing and producing