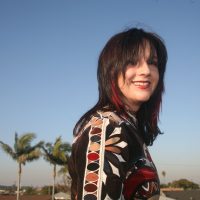 Stories have always been a driving theme and passion in Stephanie Reuler’s life.

Growing up in the mountains of Colorado, she passed idyllic summers on her pony, Charlie, curiously exploring and making up adventures with her friends. The long cold winters would find Steph voraciously devouring books from the library by the armload, and writing her own stories set in the fantastical universes she created to amuse herself and her friends.

Falling equally in love with storytelling power of film and TV, she moved to Los Angeles to pursue a creative life there. An honors graduate of the University of Southern California, Steph started in story development at 20th Century Fox, became an Agent at Innovative Artists and is now a screenwriter, director and creative producer at SCENARIO (ScenarioEnt.com). She's been a juror for the Denver Film Festival and a judge for the Harvardwood pilot contest. She calls beautiful Hermosa Beach, CA home, where the bubbling sea and its briny creatures inspire her daily.