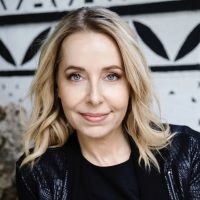 Sergine Dumais has been in the industry for over 25 years. She began as an actress before transitioning to directing, first in musical theater, and later in the world of voiceover. In 2020, Sergine directed her first short film, Wichita, starring Jeremy Sisto and Maxim Roy. Wichita has won multiple awards, including four for Best Director and three for Best Film.

A graduate of AMDA in New York, the Montreal native currently lives in Los Angeles, where she has directed the French language dubs of over 20 feature films as well as lending her own voice to many Hollywood stars, including Cate Blanchett, Allison Janney and Salma Hayek. She recently became an American citizen.