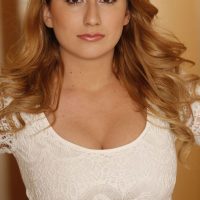 Serena Dykman is a New York-based filmmaker, and a graduate from NYU's Tisch School of the Arts. Her work, ranging from comedy to drama and documentary, has won her over 40 awards in the past three years. Her films THE DOORMAN, BED BUGS & COMPANY, and WELCOME have been selected in over 80 film festivals around the world, including at the Cannes Film Festival, and Oscar-qualifying film festivals. WELCOME, a short about U.S. immigration has gotten over half a million views online. Serena is a "third-culture kid" born in Paris, and raised between London, Brussels, and New York. Her passion for travel has informed much of her work.

Serena’s first feature film, NANA, which she made when she was 23, is a transgenerational documentary about her grandmother, Maryla Michalowski-Dyamant, an Auschwitz survivor and activist for tolerance. She has been touring the world with NANA, presenting it in film festivals, schools and educational organization. The award-winning film was chosen by the European Commission and European Jewish Congress to be presented on Holocaust Memorial Day 2018, where Serena participated in a discussion on the future of Holocaust education with the First Vice President of the European Commission Frans Timmermans, and the world-renowned historian and author Simon Schama. NANA was released theatrically in NYC in April 2018, and is now available on iTunes and Amazon.