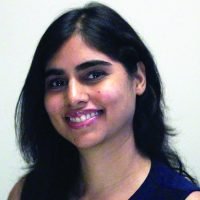 Puja Maewal is an Indian American writer-director from Texas. Growing up, she loved Hollywood and Bollywood cinema, which inspired her to create international stories from a unique perspective. Her work has won recognition from the Directors Guild of America, the Writers Guild of America, Film Independent, and the Academy Nicholl Fellowship Competition. She has also created content for several production companies, including BBC Worldwide, where she served as a Supervising Producer in Indian television. Her UCLA MFA thesis film, JAYA, was a Semifinalist in the Student Academy Awards and screened in over fifty film festivals across the world, as well as at the National Gallery of Art. Puja wrote and directed JAYA as a Fulbright Scholar in Mumbai, India; she fell in love with the city’s energy and ended up living there for several years. Recently, she directed a music video for the United Nations, which was broadcast on European television for millions of viewers. She also directed a short for Film Independent's Project Involve Fellowship, where she was mentored by Derek Cianfrance. Previously, Puja took part in the Directors Guild of America’s Asian American Mentorship Program. The American Institute of Indian Studies also awarded her a Creative Arts Fellowship for filmmaking. She has a B.A. from Yale University, an MFA from UCLA, and is repped at UTA by Amanda Jo Smith.