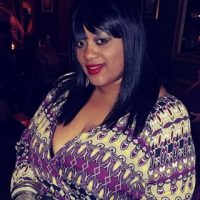 Nicole Simone Backus is a producer, director, actress, writer, and SURVIVOR. With her pen and through her lens, she brings narratives to life that impact her community and beyond. In 2018 her dreams came true when she founded Sunmoonrising Films LLC, a film and production company based in New York. Since then she has written, directed and produced a web series and several short films. Acknowledge by her peers with several film category nominations and an active member of Women In Film, Women in Media, NABFEME and AWD Backus' is already viewed as a trailblazer.
"These Streets Don't Love You Like I Do," is her most popular work to date; written and produced by Backus. The series was inspired by her periods of homelessness, domestic violence, and poverty. She found that writing and producing that series allowed her to overcome those burdening obstacles in her life. Ultimately, connecting with her audience and becoming a fan favorite. “A Friendship That Binds,” was Backus' first short film and is a story of two friends bound by loyalty defying society’s take on acceptable relationships and boundaries. Backus anticipates this film to resonate with audiences in and beyond her community as this particular theme makes news headlines daily.

While she enjoys acting and public speaking, Nicole continues to work behind the scenes with a screening set to release in 2020.