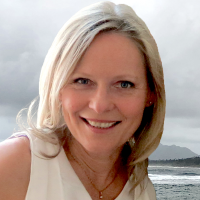 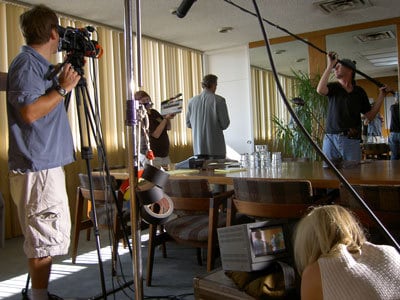 Michaela von Schweinitz is an award-winning director with over twenty years of filmmaking under her belt. Currently she is working on an mystery thriller based on her screenplay 'Alice Is Gone' which placed in the Top 100 of the Page Awards 2018 and the CineStory Feature Competition 2018.

Von Schweinitz began writing stories at a very young age. When she saw the first adaptation of her beloved children's book Pippi Longstocking on the big screen she became fascinated by visual storytelling.

Starting out as a cinematographer she supported her young family producing numerous documentaries while continuously honing her skills in fictional story telling. After her two shorts were broadcasted in Germany and won awards in the US she moved to Los Angeles, where she was hired to direct her first independent feature.

Her experience and knowledge makes it fun to collaborate with her on set as well as during development, pre-production, and post. Throughout her career Michaela held onto the ideals of her childhood hero: Her open heart and her fierce independence.

Michaela von Schweinitz is a member of Alliance of Women Directors where she served on the board as the Chair Of Membership and as their Newsletter Editor up until she moved to New York in 2017 where she became an active member of NYWIFT.


The Meeting from Michaela von Schweinitz on Vimeo.

Kiss Me from Michaela von Schweinitz on Vimeo.