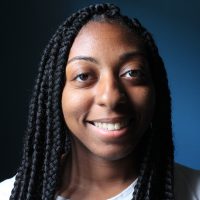 A Harlem native, Melissa V. Murray, seemed destined for a career in filmmaking. Her mom, a cinematographer, introduced Murray to Hollywood classics at a young age; in junior high Melissa enrolled at Ghetto Film School where she created several original short films, screened her first narrative work at Lincoln Center and wrote the 2007 Thesis Project script, which was produced on-location in Paris, France.

Melissa started her career at Lee Daniels Entertainment where she worked on PRECIOUS and THE PAPERBOY. She later worked as a freelance director, writer and editor for companies such as Warner Brothers, Funny or Die, Jordan Brand and Deep Focus to name a few. Under her own production company, The Cynical Owl LLC, she has written and directed several original short films that have gone on to play at film festivals and received distribution from companies such as Amazon and Gravitas Ventures.

At the core of Melissa’s filmmaking is a deep reflection of who she is and who we are to each other. She uses her art as a vehicle to understand the other, to critique larger systems that she finds to be toxic and to explore the true meaning of freedom and the mental and physical forces that threaten it. Her preferred genres are action, thriller, sci-fi, fantasy and horror. Melissa is currently in development on her original action/thriller feature script titled, “WE REAL COOL.”