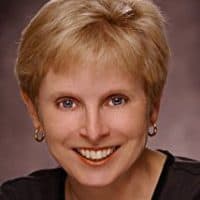 Two time Emmy award-winning MARY LOU BELLI has been directing television for over 20 years including NCIS New Orleans, Station 19, Pitch, Monk, Famous In Love, Devious Maids, The Quad, American Woman, and Hart of Dixie as well as Wizards of Waverly Place, Sister, Sister, Girlfriends, and The Game. Her short film, Straight Eye for the Gay Guy won “Best Mini-short” at the California Independent Film Fest where she also premiered I Heard Something, a thriller that went on to play fests internationally. She has done ground-breaking, award winning work on web-series. Her most recent The Drink Lonely Wives Book Club is currently on the fest circuit as well as her provocative short, America, about racial profiling.
Mary Lou is the Co-chair of the Women’s Steering Committee at the DGA where she also serves on the Western Director’s Council, and the Leadership Council PAC. She is an Honorary Board member of the Alliance of Women Directors and a long time member of Women In Film.
She has served as judge and/or guest speaker for the CSU Media Arts Fest, the Cascadia International Women’s Film Fest. Mary Lou was a judge for the Miss America Outstanding Teen Pageant, a jury member at the Sapporo Short Festival, Newport Beach Film Fest, and The Voice awards, a lecturer at the Chautauqua Institute, and a panelist for WIF.