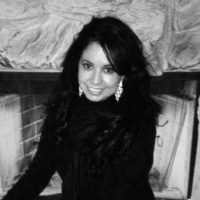 Maria Valdez is a Latina award-winning director from LA. She was one of eighteen students selected into the prestigious UCLA film school and is a recent graduate of the MFA Writing/Directing program. She is also a Cal State University, Fullerton graduate, having received two B.A.s, one in Journalism and the other in Cinema & Television Studies.

Maria has a great passion for storytelling, and her goal as a filmmaker is to tell stories that reflect the diversity of the human spirit; she wants to specialize in bringing human interest stories to life from the Latino perspective. This is reflected in her work across all genres from comedy, drama, to action. Her short film “Camping” is currently playing at several film festivals across the country.
(Resume is available upon request.)