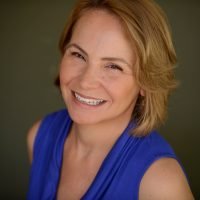 An alumni of the prestigious AFI’s Directing Workshop for Women. Loren Chadima’’s films have won several Best Film categories and qualified for the 79th Academy Awards. She has also directed a feature film, a children’s TV pilot, and several spec commercials. Her critically acclaimed theater productions have been seen on both coasts and Off Broadway. Loren was a featured acting coach in the film The Hollywood Complex and will be seen in Blake Leeper’s upcoming documentary Spirit of Evolution. As an actor she can be seen in national Crepe Erase commercials and the upcoming film Statica.

Loren is also the Creator of Intentional Acting and was named one of the “Best Acting Coaches in the United States” by The Federation of American Musicians, Singers, and Performing Artists. Her Intentional Acting technique has helped to launch the careers of multiple actors: Bex Taylor-Klaus, Disney Star Madison Hu; and helped veteran actors take their career to the next level: Antonique Smith; Kevin Gardner. Some of her current clients include the up and coming Gaylynn Baker (“Mabel” on Tik Tok Retirement House) and Paralympic Gold Medalist Blade Runner turned actor Blake Leeper.