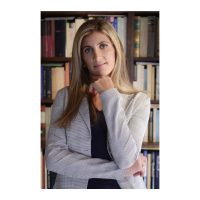 BIOGRAPHY
Lili Matta was born in Beirut-Lebanon and received her MFA (with honors) in Film Production at Loyola Marymount University. Her short Film Born in Beirut won many prestigious awards such as the “Samuel Z. Arkoff” award, DGA - LMU “Best Student Film”, “Best Short” at Santa Clarita Film Festival,“Best Short” at the Dances with Films, “Jury” and “Audience Award” at the Dahlonega Film Festival. The film also aired on television locally in the USA.

Currently, Lili has just finished production on her feature film “86 Melrose Avenue”, to be released in 2020 and is in development on a feature and a couple TV projects she has written.