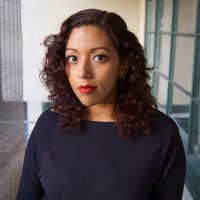 ​Lesley Elizondo is a Mexican American writer, director, and cinematographer born and raised in Los Angeles California. As a first generation art scholar and filmmaker, she looks to tell significantly diverse stories through a multicultural American lens. Lesley writes and directs stories based within the Mexican and the American diasporas exploring themes of loss and love within familial heritage and folklore. As a cinematographer, she has lensed drama, documentary, comedy, animation, and music video, and single camera series. Lesley has completed a Master of Fine Arts in Cinematography from UCLA and a Bachelor of Arts Degree in Narrative Film Directing, Producing and a B.A. in Spanish Literature from California State University of Long Beach. She is currently working on writing two television pilots and directing the feature documentary “Fight Forward.”