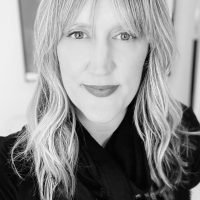 Writer/director Leigh Ann Biety found success with her first short film STILL DREAMS which secured a three-year national broadcast license on Movie Central in Canada where she is originally from. Based on its success, Leigh Ann had the opportunity to write and direct her second short film, A SEASON TO WITHER, produced in association with the Director’s Guild of Canada and the prestigious Canada Council for the Arts.

Leigh Ann moved to Los Angeles to join James Gandolfini’s HBO-based Attaboy Films. Later, Leigh Ann joined BBC Worldwide Productions as a Story Editor working under Jane Tranter, with a focus on developing UK reformats such as the Emmy-nominated Getting On, and The Night Of for HBO. Her work at the BBC solidified a strong foundation in both character development and storytelling.

Leigh Ann graduated with honors from the UCLA Extension Director’s program. Her most recent directing project, MODERATELY PUT TOGETHER premiered at SXSW and went on to win best Director and Best Pilot at the Queen Palm International film festival.

In addition to Leigh Ann’s passion for directing she is also an accomplished screenwriter. Her television credits include HIGH FIDELITY on Hulu which aired in February 2020 and the psychological thriller SURFACE set to air in 2022 for Apple+.