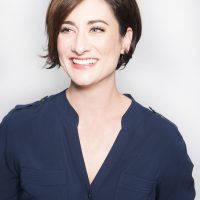 Leonora Pitts is an actress, filmmaker, dancer, and community organizer, born and raised in Grand Forks, ND. She graduated from NYU’s Tisch School of the Arts, where she received her BFA in Acting, studying with the Atlantic Theater Company Acting School. Upon her graduation, she received the Outstanding Achievement Award from the Atlantic and NYU, and a year later, Atlantic hired Leonora onto their faculty, where she taught for the following three years.

She is the founder and executive director of the LA Women's Film Collective and a mother of two.