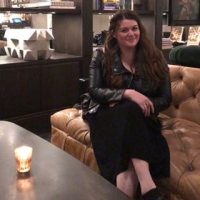 Leigha Monier-Williams is a American based filmmaker. Her narrative and documentary work explore the realism of the world with an experimental twist. She started the production company Mindful Film in 2015 to focus on making films with a conscious. She is known for short Domino Effect (2011), documentary film Broken Hearts (2017) and The Sister (2018).

Her work is set to inspire, educate and heal through film. In 2018 she expanded to New York, to seek the untold stories of the population. Her company collaborates with other artists and have created inspirational pieces such as “Broken Hearts: the documentary” winning Best Documentary at Christian Film Festival, Inspire Award and nominated for an ImpactDOC award and Awareness Film Festival Award.