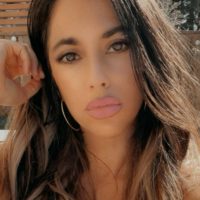 Joslyn Rose Lyons has directed and produced a diverse range of award winning content in film and television, including work with HBO, BET, UNINTERRUPTED, Warner Bros Pics., MTV, OWN, Lionsgate/STARZ.

Director Joslyn Rose Lyons was invited by The Academy of Motion Picture Arts and Sciences as a guest panelist at their 2021 Gold Rising's Showcase
she is a member of the Alliance of Women Directors, and is an Executive Partner at Media 34.