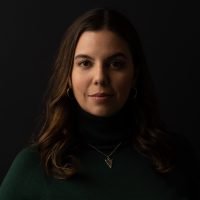 Director, producer and writer Jessica Sherif is a “Third Culture Kid” who grew up between Spain, Algeria, France and Quebec. She channels her multi-cultural and multi-lingual background to tell engaging character-based stories that resonate across different perspectives and cultures.

Right To Offend, her two-part documentary TV series produced by A&E, TIME Studios, and Kevin Hart's Hartbeat Productions is premiering at the 2022 Tribeca Film Festival. Her latest narrative short film Thanks For Nothing will start its film festival circuit in the fall of 2022.

​Jessica got her start in broadcast journalism, working her way up across outlets like NY1, MSNBC and CNN. She then spent several years as a producer on the Emmy Award-winning investigative series Dan Rather Reports. After that, Jessica worked as director of development for Creature Films at Entertainment One, where she contributed to several projects including A&E’s Emmy-nominated L.A. Riots, MTV’s Siesta Key and BET’s Death Row Chronicles. Jessica has also produced episodes of E!’s Revenge Body and Netflix’s Ultimate Beastmaster.

On the scripted side, Jessica has directed many award winning shorts, branded videos for companies like Soul Pancake and ApparentlyJack.
​