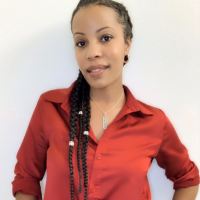 Jamie Walker is a Director/Writer with over 12 years of experience in the entertainment industry. She has directed over 11 films and produced over 20 films, including a TV segment for Disney Plus and ESPN. She specializes in narrative fiction (drama and comedy) and seeks to work in episodic TV. Walker has also worked in unscripted for HGTV, Big Table Media, and Buzz Feed, where she helped to manage over 20 branded and co-branded commercials weekly. as co-branded commercials. She has received Directing fellowships from The Sundance Institute, The Blackhouse Foundation, The George Lucas Family Foundation, who funded her M.F.A. in Directing at USC School of Cinema, and Facebook SEEN’s Emerging Director Program. Walker also assisted two directors at The Academy of Motion Pictures for Nicholl Fellowships in Screenwriting and The Student Academy through the Gold Program. She serves on the leadership committee at AMPAS for Gold Rising. Some of her clients include The Walt Disney Company, HBO Max, Oprah Winfrey's OWN Network, Wayfarer Entertainment, Lifetime, Pepsi, Kroger, J Lo, Tiffany Haddish, Jill Scott / Nationwide, and more. Originally from Oakland, she resides in LA, teaches Advanced Directing part-time, and is member of the PGA.