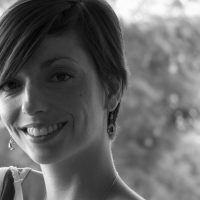 Gabriela Paciel is a Writer and Director born and raised in Havana, Cuba. She studied Journalism at one of the top schools in Latin America, the National Autonomous University of Mexico (UNAM), and screenwriting at EICTV International School of Film and Television in Cuba, and UCLA’s Professional Programs in Screenwriting.

She started her career as a film critic for the renowned magazine CinePremiere and later on, as screenwriter for the game shows “The Weakest Link” and “Poker Face”, produced by the international enterprise FremantleMedia.

Gabriela has written and directed numerous short films, such as “Fotogramas” (Frames) and “El Viejo” (The Old Man), selected in more than twenty film festivals around the world, including the Festival Internacional del Nuevo Cine Latinoamericano in Cuba and International Film Festival of Cartagena de Indias, in Colombia.

In 2016 she was selected to participate in the program Tomorrow’s Filmmakers, Today supported by UNAM-LA and The Academy of Motion Pictures Arts and Science. She’s written several scripts that have been quarter finalist in contests such as Final Draft’s Big Break and Scriptapalooza. Her most recent feature film script “Quinceañera” is currently in pre-production and set to be filmed in fall 2019.