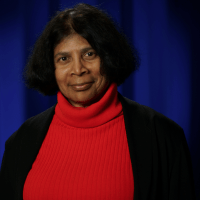 Claire Soares is a filmmaker, author and engineer. Much of her work involves technology, ecology (including wild life conservation) and environment sustainability. A Fellow of the American Society of Mechanical Engineers, Claire is a registered Professional Engineer and has authored seven books. These books are the basis for some of her films on sustainability of global resources. Her films FINDING FOREST FOR THE TREES and FIJI FANTASY were finalists in the SCINEMA and Tribute to Jacques Cousteau film festivals.

Claire's narrative feature scripts draw from her experiences in the power, energy and airline industries. Claire wrote, produced and directed CONSEQUENCES (aka PACKMULE) a narrative short on rain forest destruction, for the 168 Film Festival (chief judge Ralph Winter) in Los Angeles, that received the Best Screenplay award in the Gold Category.

Claire has an MFA in Cinema from Southern IL. Her PhD films feature a mix of art museum ops, engineering, architecture.