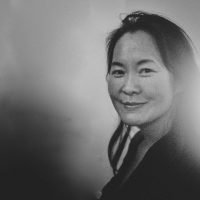 Born in South Korea, Anna Sang Park grew up in Seoul, then Philadelphia. Anna is an award-winning, multifaceted filmmaker. She is the writer and director of the short film trilogy, THE CHO STORIES. THE CHO STORIES won the Audience Award for short film at the 2021 Middlebury New Filmmakers Festival. One of the shorts - APPA APPA APPA won the Best Short Film at 2021 Peekskill Film Festival and Honorable Mention for Narrative Short at 2021 Bushwick Film Festival. The trilogy centers around a Korean American mother’s gambling addiction and the impact that has on the immigrant family.   She directed and produced 9 short documentaries for TCG - Theatre Communications Group called LEGACY LEADERS OF COLOR VIDEO PROJECT. Anna directed 5 seasons of Say Yes to the Dress and the spin-off shows. She produced the narrative feature film, WALLABOUT, that won Best Film at the Bushwick Film Festival and Best Personal Narrative Film at the Manhattan Film Festival. WALLABOUT had a theatrical distribution in Paris, France and is streaming on Amazon. Anna was the development producer on the Emmy and Peabody Award-winning, THE LOVING STORY, based on the Supreme Court case Loving vs. Virginia. She has an MFA in Directing from Feirstein Graduate School of Cinema, Brooklyn College and a BFA in Film from Emerson College. Anna is a member of Alliance of Women Directors, Film Fatales and BGDM.