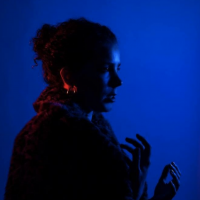 Anna was recently a Runner-Up in the ScriptED Writing Challenge at Sundance Film Festival, accepted into the LA Women’s Weekend Film Challenge, and awarded a place in the 2020 WIF Mentorship Program.

As a director, she roots for the underdog. She wants to tell stories of the unheard and rarely seen through the gateway of genre. As a kid in a small town, movies were her escape. Giving others the opportunity to live an adventure is her life’s purpose.