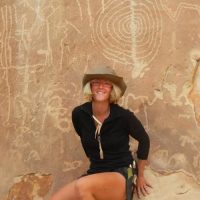 FREAK POWER: The Ballot or the Bomb takes us into the turbulent political world of America in 1970 as Hunter S. Thompson mounts his campaign for sheriff of Pitkin County, Colorado, where Aspen is the county seat. The film follows the irreverent and imaginative campaign of the outlaw journalist as well as the polarized politics of America in the midst of the Nixon administration. During an era when many young people thought the US might be heading for another revolution, Thompson’s progressive and radical ideas resonated with a generation that was deeply disillusioned and actively seeking alternatives to political norms.

As Thompson and his team grapple with the challenges of trying to transform the political landscape, they come face-to-face with the corruption and cronyism of local politics. Soon, there are death threats, bombings, an agent provocateur, and Aspen becomes a ideological battleground for what “The American Dream” really means.