Works in Progress Program at FOTOKEM

Works in Progress (WIP) sponsored by FOTOKEM is a monthly peer-to-peer opportunity to review new works by members currently in post. Program emphasis is on support, constructive feedback, sharing resources, and building the AWD community. 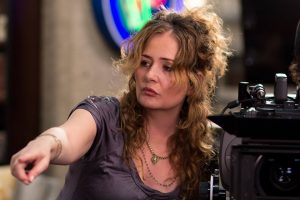 This event will start with a light dinner, followed by a WIP TECH TALK sponsored by FOTOKEM, after which we will move into our shorts program.

ABOUT JACQUI BARCOS:  As Creator and Executive Producer, Barcos recently sold her global TV crime series, The Last Savage to Paul Lee’s new international television studio, Wiip. Developed in association with Athena Pictures and Hotel Mumbai Producer Joe Thomas, the series is based on the true exploits of an undercover wildlife crime operative in South Africa. Barcos also co-created and sold historical drama TV series, The Amazons to Studio Canal TV with Fred Fuchs (Godfather 3, Tudors) as Executive Producer. She is currently in development on several new TV dramas for the International market including Native American supernatural thriller, Ghost of Little Wolf, as well as urban crime drama, Vigilante. In addition, Barcos is working closely with top Neuroscientists at Darpa and Berkeley in preparation for her directorial feature debut, an art-house indie thriller, The Lost Gardens of Xilitila, which delves in to the fascinating world of Neurotech. Barcos made her first foray into television by selling her pitch, The Misfits to Graham King’s GK-TV. As screenwriter and producer, Barcos partnered with John Legend’s company, Get Lifted, to produce her hip hop animated feature, Central Park Tale. The project will be directed by Daniel Jeannette (Happy Feet, Where the Wild Things Are), choreographed by Jamal Sims (Step Up, Hairspray) and produced in Paris and Montreal by Academy Award-winning studio, Mikros Image (The Little Prince). Barcos was honored as a 2015 PGA Diversity Fellow to develop the project.

ABOUT FOTOKEM’S FAMILY OF COMPANIES
Keep Me Posted, a Fotokem company focuses on the post-production color, graphics, dallies, VFX, editing, audio, and marketing spots for broadcast and episodic projects. Exceptional support of projects like Homeland, Shameless, Ray Donovan, Good Trouble, Bob’s Burgers, and Better Call Saul to mention a few, have earned Keep Me Posted a reputation that retains clients season after season.

AWD members who would like to screen their work at a WIP evening, please fill out this FORM. *NOTE: Priority will be given to members who have attended previous Works in Progress evenings.

Tickets are not available as this event has passed.
Loading Comments...