We are excited to have launched this Q&A Series, “Sunday Tea with AWD” featuring many of our incredible Advisory and Honorary Board members, as well as leaders in the industry. Join us for talks on all things directing, featuring a different speaker(s) each week who will share their expertise on a wide range of topics related to the art of telling stories in film, television, and new media.

This week’s industry guest is Betsy Thomas. Join us as we talk with this prolific writer, director and producer about broadcast comedy.

Sunday Teas are free for AWD members (please check your inboxes for the link). The general public can participate by purchasing tickets HERE. 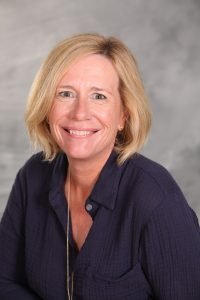 Betsy Thomas was raised in Michigan and came to Los Angeles after graduating from Northwestern University, where she developed her deep love for Chicago. (The city, not the band). She got her first television job writing on “My So-Called Life”, then went on to create “Then Came You” (ABC), “Run Of The House” (WB), and “My Boys” (TBS). It was on “My Boys” that Betsy added directing to her resume, directing five episodes, including a scene at Wrigley Field (home to the world champion Chicago Cubs). She has directed many episodes of television, including “Whitney” (NBC), “Mom” (CBS), “The Carmichael Show” (NBC), “Superstore” (NBC), “Superior Donuts” (CBS), “The Neighborhood” (CBS),“Mad About You” (2020), and “The Unicorn” (CBS). She is currently co-writing and directing a half-hour romantic comedy,“Beth & Sam,” for HBO Max.