Join us for talks on all things directing, featuring a different leading industry speaker(s) each week who will share their expertise on a wide range of topics related to the art of telling stories in film, television, and new media.

This week’s industry guest is the multi-hyphenate artist AISHA TYLER. She will discuss making the independent feature film, AXIS, on which she served as Director and Producer.

Members should check their inboxes to links to register.
The general public can purchase tickets HERE. 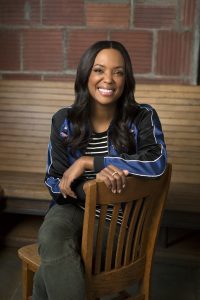 AISHA TYLER is an award-winning director, actor, comedian, bestselling author, podcaster and activist.  She voices superspy Lana Kane on F/X’s Emmy-winning hit animated comedy Archer, the winner of four back-to-back Television Critics’ Choice Awards. She was a series regular on the hit CBS show “Criminal Minds,” which aired its series finale in February 2020, and for which she also directed two episodes.  Aisha continues to host the CW’s hit improv show, Whose Line Is It Anyway, and is recording a main character voice for the upcoming Disney+ series Monsters at Work, based on the popular film Monsters, Inc. In addition, Aisha is an entrepreneur, launching a line of premium, bottled cocktails she personally created and developed, called Courage+Stone, in 2019.