We are excited to bring you our first Special-Tea with AWD, supported by Netflix. Join us for a discussion with Showrunner/EP Susannah Grant and EP Sarah Timberman, moderated by AWD Emeritus Board Member Alexis Ostrander, about the limited series “Unbelievable.”

Our Special-Teas are free and open to the public. 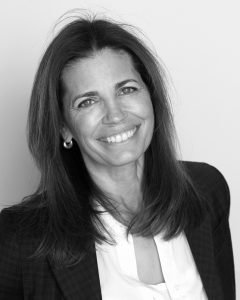 SUSANNAH GRANT is an Academy Award®-nominated writer, producer and director whose resume includes film, television and streaming platforms. In features, Grant is perhaps best known for writing the screenplay for the award-winning drama “Erin Brockovich,” which earned her an Academy Award® nomination, a BAFTA nomination and a WGA nomination. Additional feature credits include screenplays for “The Soloist,” “In Her Shoes,” “28 Days,” “Ever After,” “Pocahontas,” “Charlotte’s Web” and “The 5th Wave.” Additionally in 2007, Grant wrote and directed “Catch and Release.”

Her television credits include writing and executive producing HBO’s “Confirmation” starring Kerry Washington, which earned Grant an Emmy nomination, a WGA award, and the WGA’s Paul Selvin Award. Prior to that, Grant created and executive produced the CBS series “A Gifted Man” and worked as a producer and writer of the Fox series “Party of Five,” which earned a Golden Globe Award and a Humanitas Prize. Grant is an alumna of Amherst College and the American Film Institute, and received the Academy of Motion Pictures Arts and Sciences’ Nicholl Fellowship in screenwriting. In 2011, Grant received the Valentine Davies Award from the Writers Guild of America. She is married to Christopher Henrikson and has two children. Grant serves as executive producer, showrunner, writer and director for Netflix’s 8-episode limited series, “Unbelievable.”

Inspired by the real events in the Marshall Project and ProPublica Pulitzer-winning 2015 article “An Unbelievable Story of Rape” and the This American Life episode “Anatomy of Doubt,” the show revolves around Marie Adler, who files a police report claiming she’s been sexually assaulted by an intruder in her home. The investigating detectives, as well as the people closest to her, come to doubt the truth of her story. Meanwhile, hundreds of miles away, detectives Grace Rasmussen and Karen Duvall meet while investigating an eerily similar pair of intruder rapes and partner to catch a potential serial rapist. Grant serves as showrunner, executive producer and director for the 8-episode limited , which premiered on the streamer on September 13th. 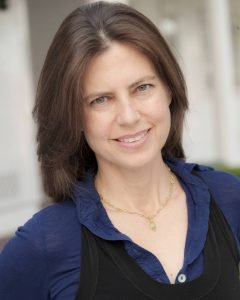 SARAH TIMBERMAN and her Timberman/Beverly Productions partner, Carl Beverly, recently finished production on the Netflix limited series, “Unbelievable” (based on the Pulitzer Prize-winning Marshall Project/ProPublica article, “An Unbelievable Story of Rape”), as well as the the seventh season of their long-running CBS series, “Elementary,” the fourth season of the critically acclaimed Showtime series, “Masters of Sex” (​ based on Tom Maier’s biography of noted sex researchers William Masters and Virginia Johnson), and the sixth and final season of the award-winning FX series, “Justified” (based on Elmore Leonard’s “Fire in the Hole”). Timberman-Beverly’s other credits include CBS’ “SEAL Team,” “The, Code,” “Unforgettable,” “The Odd Couple, “A Gifted Man” and “Doubt,” as well as the NBC series, “Kidnapped.” Timberman/Beverly are also currently in pre-production on “The Man Who Fell to Earth” for CBS All Access, based on the Walter Tevis novel and the Nicolas Roeg/David Bowie film.

Prior to starting the company, Timberman served as President, Universal Network Television. She oversaw all comedy, drama, long-form and reality programming for the company, including the “Law and Order” franchise and the series, “American Dreams,” and played a key role in acquiring the rights to the British series, “The Office” for NBC. Timberman joined Universal from Columbia TriStar Television, where she served as Executive Vice President, Drama Development. Some of the series she oversaw included​ ​“Dawson’s Creek” and “Party of Five.”

Prior to working in television, Timberman was an assistant editor at Random House in New York.

Timberman grew up in Greenwich Village, New York, and is a graduate of Brown University, with a B.A. in History. She is married to writer/producer Ed Redlich and they have two children. 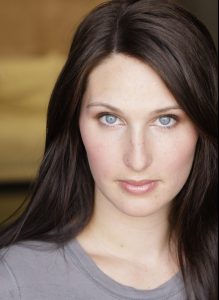 ALEXIS OSTRANDER is an award-winning and Emmy nominated director. Since graduating from Syracuse University she has worked consistently in film and television, starting out in documentaries before segueing into narrative storytelling. In 2014 she was a participant in the 40th annual AFI Directing Workshop for Women.

Alexis received the Panavision New Filmmaker Grant, Creative District Grant, Impact First Films Grant, and The Caucus for Producers, Writers & Directors Foundation Grant to enable her to make her first short film, “The Haircut,” premiering at AFI Fest in 2014. It has since played over 45 festivals, garnering 13 awards. In 2016 Alexis was selected for the Ryan Murphy Half Foundation Mentorship Program and subsequently directed the penultimate episode of “American Horror Story: Roanoke” for FX. She was a participant in the Fox Filmmakers Lab and Fox Global Directors Initiative and was a drama fellow for the apprenticeship program on “Homeland.”

Alexis was one of five directors in the inaugural Warner Bros. Emerging Film Directors Workshop, leading her to direct the grounded sci-fi short film, SENSUM, which premiered on HBO Go. After completing the 2017 Warner Bros. Television Directors’ Workshop, she has gone on to direct episodes of “Riverdale,” “Shadowhunters,” “The Arrangement,” “Deadly Class,” “Pearson,” “Supergirl,” “Servant,” “Swamp Thing,” “Impulse,” “Condor,” “Seal Team,” and “Nancy Drew.” In 2018 Alexis directed the pilot episode of “Light as a Feather” on Hulu, for which she received a Daytime Emmy nomination for Outstanding Directing for a Digital Drama Series.

In January 2020, The Alice Initiative named Alexis one of twenty “Emerging Female Directors” in The Hollywood Reporter.  Alexis is attached to direct two feature films and is currently developing several projects for film and television. She has written a guest post for Indiewire: “Here’s Why Female-Driven Films Are Important Right Now.”

Alexis is a partner at A to Z Productions and is represented by CAA.