We are thrilled to bring you another Special-Tea with AWD, supported by Netflix. Join us to talk about season two of the Netflix original series “Dead to Me” with Creator and EP Liz Feldman, and Directors Elizabeth Allen Rosenbaum and Silver Tree. The discussion will be moderated by AWD Executive Board Member Nikki Braendlin.

Our Special-Teas are free and open to the public. Please REGISTER HERE. 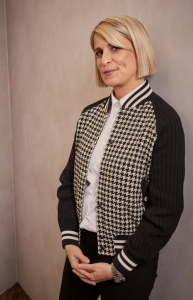 Over the course of her career, award-winning writer LIZ FELDMAN has carved a space for diverse voices within the entertainment industry.

Feldman is the creator and executive producer of the acclaimed Netflix series, DEAD TO ME, which was fourth on Netflix’s “Top 10 Most Popular Series of 2019.” Season two premiered on May 8, 2020, and instantly became the most watched show on Netflix in several global territories that same weekend. The dark comedy, starring Christina Applegate and Linda Cardellini, is produced by Gloria Sanchez Productions, the female- focused counterpart to Gary Sanchez Productions.

Feldman began her career as a stand-up comic at the age of sixteen. She is an alumnus of The Second City and The Groundlings. Past television credits include: BLUE COLLAR TV, HOT IN CLEVELAND, The 79th, 86th and 87th ACADEMY AWARDS, 2 BROKE GIRLS and THE ELLEN DEGENERES SHOW, for which she won four Emmy® awards. She also created the NBC sitcom ONE BIG HAPPY starring Elisha Cuthbert, executive produced by Ellen DeGeneres.

Since 2008, Feldman has been the host of THIS JUST OUT, a YouTube talk show that celebrates lesbian culture. The “gay positive” show is filmed at her kitchen table and features LGBTQ and LGBTQ-friendly actors, comedians, writers and musicians. Feldman has been an outspoken advocate for LGBTQ rights.

She currently resides in Los Angeles with her wife, musician Rachael Cantu. 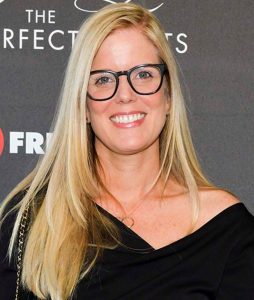 ELIZABETH ALLEN ROSENBAUM is a DGA Award nominated film and television director.  She has directed and executive produced many TV pilots – all of which have been picked up to series.  Most recently she directed and executive produced the pilot for the ice skating drama SPINNING OUT for Netflix and episodes of the hit show DEAD TO ME. She has directed three wide release theatrical films including the award winning RAMONA AND BEEZUS for 20th Century Fox starring Joey King, Selena Gomez, Ginnifer Goodwin and Sandra Oh.

Elizabeth graduated Phi Beta Kappa from Cornell University and did her graduate work at USC’s school of Cinema where she was awarded the Jack Nicholson Award for the strongest directing candidate of her class. She recently earned a DGA Award nomination for “Outstanding Direction” for her work on the pilot for Amazon’s THE KICKS. Her show RELATIONSHIP STATUS starring Milo Ventimiglia was an official selection for the Tribeca Film Festival and was nominated for two daytime Emmy’s in 2018.  Her pilot, BH90210, was the highest rated premiere of last summer and was an honorable mention in The New Yorker for best show of the year.

Elizabeth has helmed over 50 hours of content for major networks and studios, including 20th Century Fox, Netflix, Amazon, Warner Horizon/Freeform, and Hulu. Her pilots include BH90210 (CBS/Fox) SPINNING OUT (Netflix), PRETTY LITTLE LIARS: THE PERFECTIONISTS (Warner Horizon/ Freeform), THE KICKS (Amazon), RELATIONSHIP STATUS (Go-90), and DATING RULES FROM MY FUTURE SELF (Hulu). Elizabeth helmed the feature films AQUAMARINE (20th Century Fox), RAMONA AND BEEZUS (20th Century Fox) and CAREFUL WHAT YOU WISH FOR (Starz). Her other credits include DEAD TO ME, THE EXORCIST, EMPIRE, THE RESIDENT, WHY WOMEN KILL, THE ARRANGEMENT, VAMPIRE DIARIES, MACGUYVER, HAWAII FIVE-0, ALL AMERICAN, FRANKLIN AND BASH and GOSSIP GIRL.

Elizabeth got her start by directing a 25 minute USC student film, EYEBALL EDDIE, starring Martin Starr, M. Emmett Walsh, and Michael Rosenbaum that led to her first feature film assignment at 20th Century Fox. You can view her short film on her website www.thisislizallen.com. Elizabeth resides in Los Angeles with her writer/producer husband, Scott and their son, Theodore. 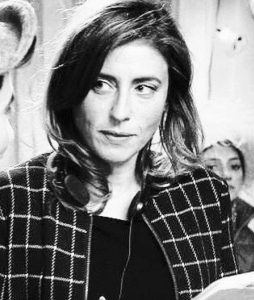 SILVER TREE is a film and television producer, director and writer. She has served as the Executive Producing Director on SHAMELESS, SUITS  and YOU. Her episodic credits include DEAD to ME, ATYPICAL, A MILLION LITTLE THINGS and GRACE AND FRANKIE among many others.  She is currently in pre-production for YOU season 3 and directing the series finale of THE FLIGHT ATTENDANT for HBO Max.