The AWD Black Directors Advancement Committee invites AWD members and non-members to join us for our next Town Hall exploring the Black experience in Entertainment.

Perfect vision is 20/20. However, the world had no idea how clearly we would see systematic racism in the year 2020. This awareness has paved the way for honest, meaningful, and transformative dialogue. In this Town Hall, we are focusing on solutions! How can we and our Allies create opportunities that can help move the needle toward equality? How can those who are already doing it, reach back and lend a “hand up?” And what steps have our panelists taken to create their own opportunities?

This discussion includes a distinguished panel of Black female Writers, Directors, Actors and Producers. This is a Town Hall for everyone, including Allies. This is how we all help change the world, one conversation at a time.

AWD member Jade Jenise Dixon will moderate this important discussion. Our panelists will be Rochèe Jeffery(writer on Showtime’s SMILF), Karimah Westbrook (plays “Grace James” on the CW’s All American) and Brianna Brown (writer on NBC’S Superstore).

Please join us on October 4th @ 3p PT / 6p ET for a constructive and supportive conversation as we all continue to explore the active role we can play in leveling the playing field for Black women directors. 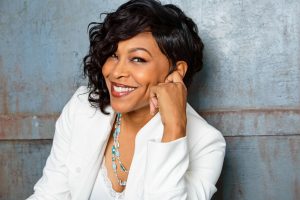 Winner of seven film festival awards for her feature films TRUTH HALL and DOG PARK as well as her short film, SUNRISE, JADE JENISE DIXON is a writer/director on the rise.

It all started with Jade’s first feature film as writer/director of the feature film, TRUTH HALL. Once she stepped behind the camera to helm this passion project, Jade never looked back. The film won five film festival awards and was an official selection of several festivals including American Black Film Festival, UrbanWorld and San Diego Black Film Festival.

Ultimately, TRUTH HALL aired on the BET and Bounce TV networks in heavy rotation and received distribution from Image Entertainment/RLJ Entertainment. Now Jade is embarking on her most ambitious project to date. It is a feature film entitled, Peony Park, which chronicles her own true life story about a young black who girl moves away from a claustrophobic small town, exposing her to bright lights, big cities and the freedom to live her truth. Jade both wrote the feature-length script and will direct.

In addition to feature film, Jade is creating television and new media content. Jade has completed several TV pilot scripts and show bibles. Her next objective is to also work in television.

ROCHÈE JEFFREY is a graduate of Howard University and a writer/director/performer who hails originally from Jamaica. As a television writer, her credits include Golden Globe-nominated comedy series SMILF (Showtime), and producer on comedy series Woke starring Lamorne Morris (Hulu). Most recently, Rochée served as a supervising producer on Bigger (BET+), and Santa Inc. (HBO Max).  On the film side, her award-winning, Oscar-qualifying short film Suitable  was a finalist in the American Black Film Festival HBO Competition and premiered on HBO in February 2019.

Rochée is one of Moviemaker Magazine’s 2019 Screenwriters To Watch. She is also an advisor for Sundance’s lab programs. Rochée serves as a producer and writer on Throw it Back and Make it Clap For Trudy Jones (produced by Paul Feig/Feigco). The film was also featured on the 2019 Hit List. She’s represented by UTA and Rain Management Group. 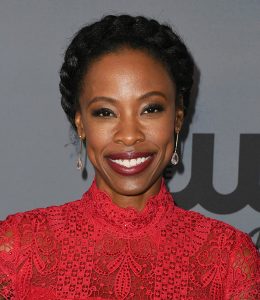 KARIMAH WESTBROOK is an accomplished actress, writer and producer who stars as devoted single parent Grace James in the hit series All American, returning to The CW for its much-anticipated third season. Hailing from Chicago, she now resides in Los Angeles where she pursues her interest in acting, writing and producing. A fellow Film Independent Project Involved honoree, her experience as a writer started with Gersh Literary agent and VP, Frank Wuliger, an assigned mentor through the Project Involved program. She quickly moved on to write, produce and star in the short film Best Kept Secret, which garnered international attention as well as becoming a BET Network best shorts nominee.

Years later through IFTA, Westbrook joined the NBC Universal development program. Continuing to pursue her career as a writer and producer, Westbrook has multiple television shows in different phases of development as well as a completed screenplay currently in pre pre production.

To date, Westbrook has also captured the attention of audiences with diverse roles in television, film and theater. Highlights include starring opposite Julianne Moore in George Clooney’s Suburbicon, in American Violet opposite Alfre Woodard and The Rum Diary opposite Johnny Depp. As a producer, she has produced several short films including Pastor Stuart and Watts & Votts for Cannes Lions and Sundance winning director Malik Vitthal as well as A Fire in a Dovecot, a controversial short film about race, which won the California Film Festival silver star award. 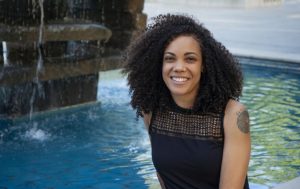 Born in Saint Paul Minnesota, BRIANNA BROWN is a Chapman University trained MFA film and television writer. Growing up below the poverty line in a single parent home, for her, success wasn’t just a goal but a means of survival. Being the first in her family to earn a high school diploma, Brianna developed a mindset early on: settling will never be an option, because telling stories is my only certainty. And it won’t be despite my background, it’ll be because of it. After earning a college degree, and then her master’s, the foundation of her career was set. Along her screenwriting journey, Brianna has worked under the Oscar winning screenwriters of BlacKkKlansman. She was also lucky enough to be mentored by former Saturday Night Live head writer, Barry Blaustein (Coming to America, Nutty Professor). As a black woman, Brianna recognizes the inherent need for diverse writers in the film and TV industry. She strives to tell stories that genuinely represent people of color and promote underrepresented narratives. Brianna is a staff writer on the TV series Superstore. She also teaches Screenwriting at Chapman University, Dodge College of Film and Media Arts.