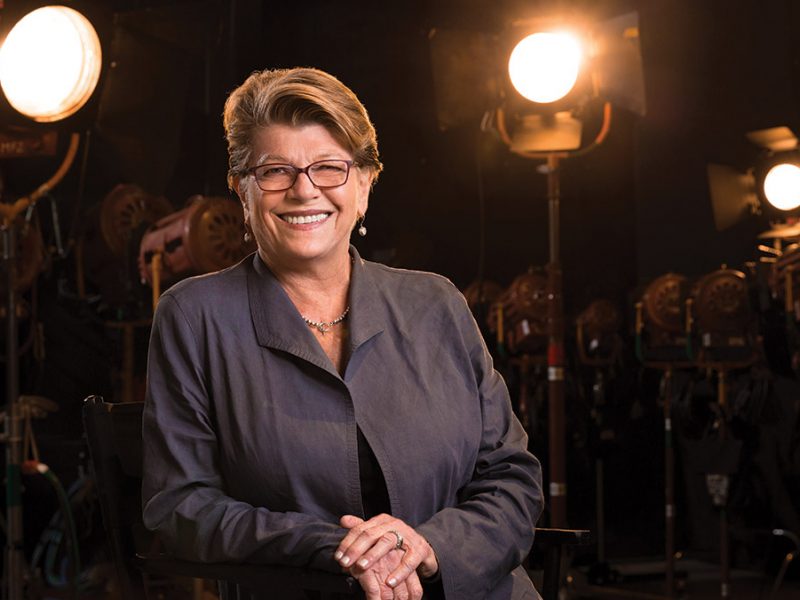 There wasn’t shortage of applicants for this year’s Directing the Actor Lab, a virtual AWD program run by Jennifer Warren. From March to September 2021, the selected participants are being given a unique opportunity to workshop scenes with actors from a produced screenplay. Each director will work on communicating their ideas and understanding a character’s life from the perspective of the actor. The program is designed so that each director receives constructive feedback from Jennifer, as well as their labmates, before filming and screening their scenes in September.

Participant Tomeka Winborne said that using the techniques she learned in this lab while directing gave her “a huge amount of confidence, I could see the performances shift as I asked the actors more questions and gave them various adjustments.”

Before she evolved into a multi-hyphenate talent, Jennifer Warren worked as an actress alongside such greats as Paul Newman, Gene Hackman and Whoopi Goldberg. An alumni of the AFI Directing Workshop for Women and Founder of AWD, Jennifer uses her wisdom from her time in front of and behind the camera to offer coaching to these female creators of AWD.

Bonnie Foster had the spotlight in Session 6 of the lab and chose to workshop a two-person scene from the 2004 feature film “Sideways.” Jennifer focused on ensuring that Bonnie clearly verbalized what she wanted and needed out of her actors. Jennifer stresses that listening is one of the most important elements for people on both sides of the camera and that while it sounds simple, truly listening is not an easy task. It takes discipline, but allows the director to be more open to possibilities for the scene. Additionally, Jennifer advised the directors to trust their own instincts, and to allow space for confusion to happen as it can generate questions and options. These in turn can lead to a more effective form of communication, and an even better relationship between director and actor.

During Bonnie’s rehearsal with her actors, Jennifer called attention to the experiences the characters might be having while they are saying the words. Though digging for subtext in every moment is not mandatory, she demonstrated different techniques to provoke the actors to find the nuances, and engage their imagination.

Script analysis is an additional focus of the Directing the Actor Lab. Jennifer highlighted powerful scenes from “The Good Wife” and “West Wing,” breaking them down and analyzing them from the viewpoint of the characters. She also pointed out where camera angles and body language added just as much weight to the scene as the dialogue.

Jennifer Warren’s Directing the Actor Lab is not a step-by-step blueprint, but a way for directors to usher in flexibility and improved communication with actors, by taking a journey alongside them, toward a shared goal.