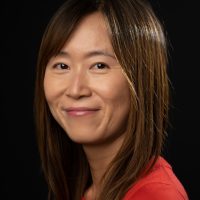 Previously, she shadowed on Netflix's "Hollywood" and the Showtime series “The Affair," and was hired to write the action thriller screenplay “Iron Mom” for Escape Artists (“The Upside,” “Roman J. Israel, Esq.”). Before going narrative, she produced, wrote, and directed unscripted TV shows, including “The First 48,” “My Super Sweet Sixteen,” “Made,” “The Detonators,” and prison show “Max ER.”

She holds a psychology BA from Cornell University and is a proud member of the Auntie Sewing Squad, a team of WOC volunteers formed during the pandemic to address mask shortages in underserved communities. To date, she has produced one genetically perfect human girl and is quitting while she's ahead.