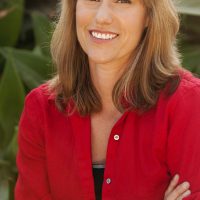 Valerie Resciniti worked for 17 years as a director/producer, developing news and documentary-style content for the U.S. military. She recently moved to Los Angeles to pursue a career in Hollywood. She began working on short films to learn the narrative storytelling ropes.  To date she has served as a 2nd AD on one feature feature film, produced five short films, and co-produced two others. She is currently in pre-production to produce three more short films. She directed her first narrative short in 2017, currently in the festival circuit, and is also in pre-production to direct a second short this fall.

Valerie is currently studying producing and screenwriting in UCLA’s Professional Program, and works as a freelance editor and producer.