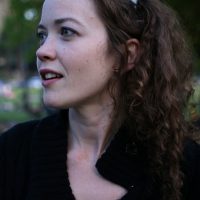 Tyrrell attended USC's Film Production Program and was awarded a thesis film her senior year. The result, "Different," won the RIFF Grand Prize for Student Film, played at festivals around the globe, and was called a "great, little subversive film" by one of her heroes, Director Michael Lehmann ("Heathers".) Tyrrell then directed and wrote short films for Academy Award-winning Producer Rob Fried and his digital channel, Feeln. She has since directed and/or produced over 100 shorts, documentaries, and webisodes for companies like Hallmark, Google, Alpine Labs and Crypt TV.