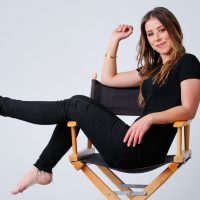 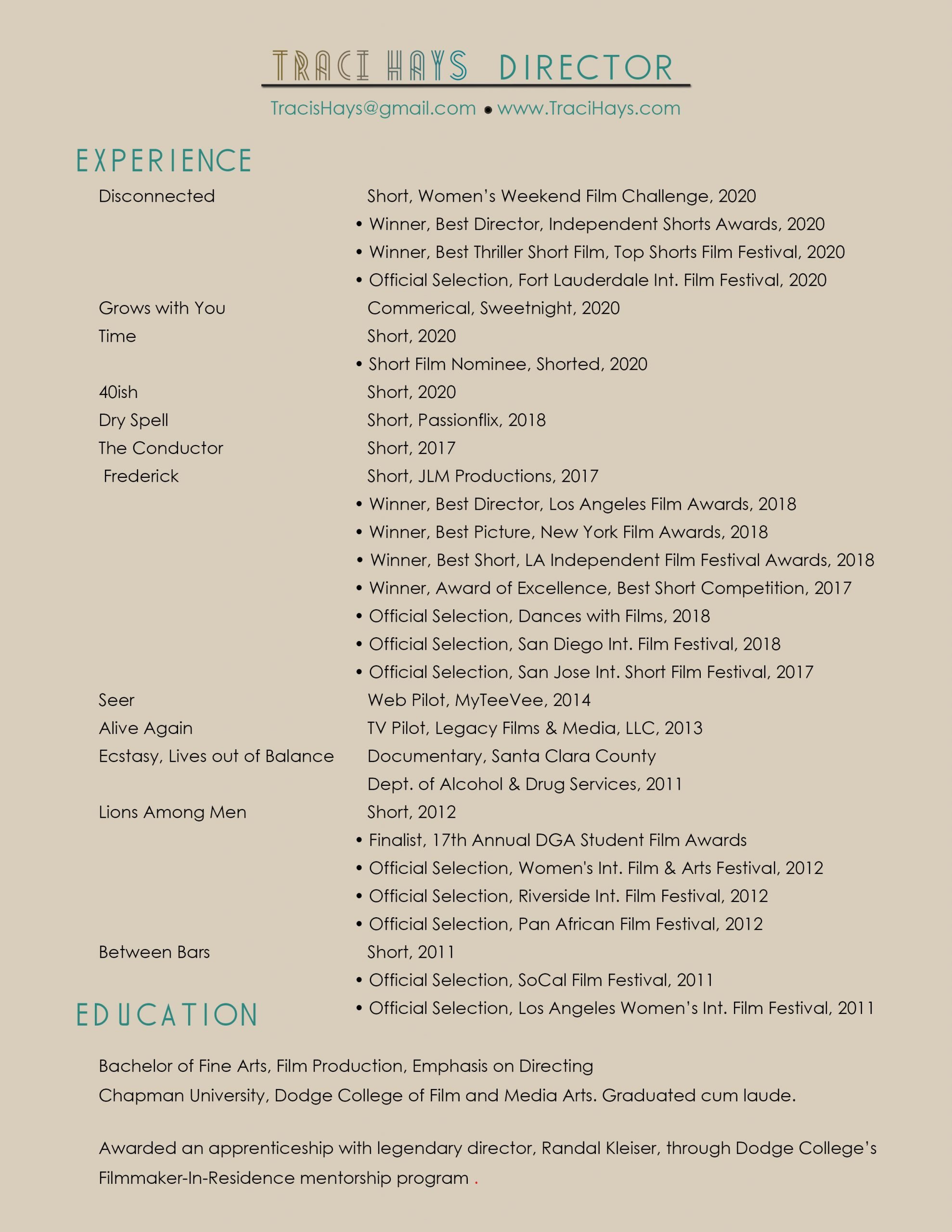 Traci Hays is a DGA-nominated director who has won Best Director at the Independent Shorts Awards and the Los Angeles Film Awards, and whose work has won top prizes at the New York Film Awards, the LA Independent Film Festival Awards, and the Top Shorts Film Festival. She was awarded a coveted apprenticeship with legendary director Randal Kleiser (Grease) to oversee her senior thesis, Lions Among Men, starring Dayo Okeniyi (NBC's Shades of Blue), which was recognized by the Academy of Motion Picture Arts and Sciences as a finalist for the DGA Student Film Awards.