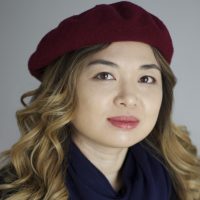 Tina (T. L.) Quach is an independent filmmaker now based in Los Angeles after studying Film Studies at UC Berkeley and working in production on major TV and Films in New York City. She has dedicated her life to entertain, inspire, and educate about the complexity of human behavior through filmmaking. Hence, her main focus is in writing and directing Psychological Thriller films.