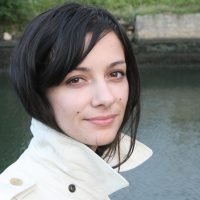 Tati is an award-winning director focused on creating highly visual content with emotional resonance. She has directed work for Samsung, Google, Unilever, Anheuser-Busch International, FitBit and more. She co-creatively developed and directed a 4 part documentary television series and accompanying VR experiences called Beyond the Frame for Viceland. She has shot internationally in over six countries and created work with over a dozen global brands. Her short film Adirake won the Jury Award at the Tribeca Film Festival. Vincent, her last short film, played at over twenty festivals globally and won her the Hammer to Nail prize.

Tati was born in Lima, Peru and raised in Los Angeles. She received her MFA from NYU's Graduate Film Program where her foundation as a writer and director was built. She credits her interest in filmmaking to her composer father who introduced her to Luis Buñuel, Jim Jarmusch, Michelangelo Antonioni and other greats as a young girl. Always searching for the humanity within a subject, Tati approaches projects with sensitivity, humor and a dedication to inspiring strong collaboration between subjects, clients and production.