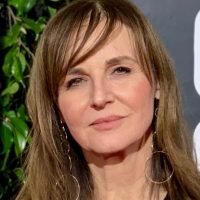 Director Svetlana Cvetko's feature-length debut is the award winning "Show Me What You Got". An ode to Jules et Jim and the rule-breaking French New Wave, the film has been called an "ambitious indie drama" by Kevin Crust of the LA Times, “a seductive yet mature study of love, freedom and responsibility" by KQED’s Michael Fox and Lovia Gyarkye of the NYTimes says, ”Svetlana Cvetko... renders their courtship beautifully." Winner of 8 festival awards, "Show Me What You Got" was released on iTunes, Amazon, and other VOD platforms in May 2021.

With a background in Cinematography, Svetlana is renowned for her work on a list of critically acclaimed documentaries, including OSCAR® Winner "Inside Job," OSCAR® Nominated "Facing Fear," the Cannes Official Selection "Red Army," and the Sundance US Documentary Special Jury Prize winning "Inequality For All."

Svetlana is a member of the Academy of Motion Picture Arts and Sciences.