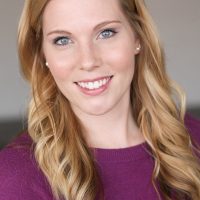 With a degree in communications and a background in journalism, Stephanie switched her skills of interviewing to award-winning documentary film-making. Her credits include work on two Emmy winning documentaries: The Inaugural Ride to Freedom and Madagascar: Conservation vs. Survival. She then went on to Produce and Direct her own documentary and passion project, To Love & Support: The American Military Spouse. It aired on PBS and won awards in the categories of Producing and Feature at the Hollywood International Independent Documentary Awards. Stephanie has also had the pleasure of working on the BBC & Showtime documentary, Whitney: Can I Be Me?, and helped produce the annual Tech Fest for the renowned New Yorker Magazine.

When not working on award winning projects, she can be found teaching at the New York Film Academy alongside director, producer, and actor Bill Duke about the future of entertainment or working national sporting events like the Olympic Swim Trials, World Cup of Horse Jumping, and various Collegiate Championships.