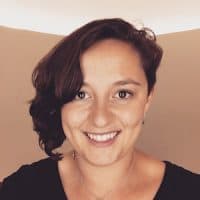 Sarah Sellman is a director and writer based in Echo Park. Sarah’s original television pilot COTTONWOOD was recently selected as Series Fest's Featuring Women Initiative’s grand prize winner and is currently set up at Damage, Inc. Rose McGowan’s company. Sarah’s feature documentary AMERICAN BEAR: AN ADVENTURE IN THE KINDNESS OF STRANGERS (2015) had an extensive film festival run, screened theatrically throughout the U.S. and was distributed by Virgil Films Entertainment. For her surreal short film HOLD YOUR ARMS OUT (2017), Sarah was selected for Hewlett-Packard’s inaugural post-production program at Sundance Film Festival; the film is currently screening at festivals. With her production company, Sarah has directed branded content for nonprofits and educational institutions across the country, including two web series. Sarah and her partner also crafted a docu-webseries about female food entrepreneurs around the world, the pilot, called NOURISH and set in India, has over 450K views.